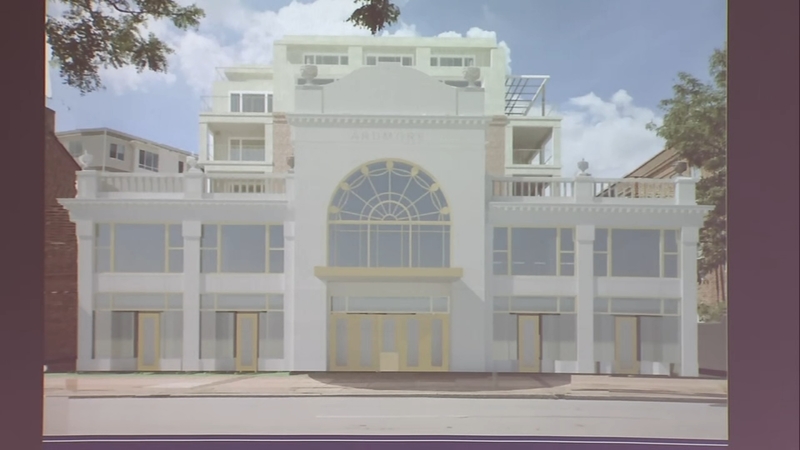 For now, the old Ardmore Theater on Lancaster Avenue, currently Tropicraft Patio Furniture, will remain as is.

A developer proposed to tear down the back theater portion of the building and put up a seven-story condo. They would also preserve the front marquee and renovate it.

But after a three-hour discussion at the Lower Merion Township Commissioners Meeting on Wednesday, the vote was no.

Those who spoke out against the project said the historical building has so much potential.

David Creemer of Ardmore said, "I love the building. It's architecturally significant and I really enjoy the common bond brick."

While others in favor of it saw this as a big opportunity and now a loss for downtown Ardmore.

Mike Silver of Ardmore said, "The building is in deplorable condition. It's dangerous, the alleyways are dark and it needs work. But maybe this is a compromise to something better."

But the vote Wednesday is part of a bigger picture. All over Ardmore, condos and apartments are going up or already have.
There are rumors of more development. That's been met with varying opinions.

Janice Martin owns Janice Martin Couture. Right next to her shop, the Cricket Flats are going up and are bringing more people.

"I don't have a problem with density. My problem is it doesn't seem like SEPTA is able to handle the transportation needs that might be important for adding this many new people," said Martin.

But there are others, like Lisa Welsh, who owns First Position Dance Arts right on Lancaster Avenue.

She said new buildings like One Ardmore have hurt her.

"The new building that was eight-stories killed my parking for two years and then what it did, because it killed my parking, the adults would not take classes here. So I ended up losing about $3,000 a month in revenue," said Welsh.