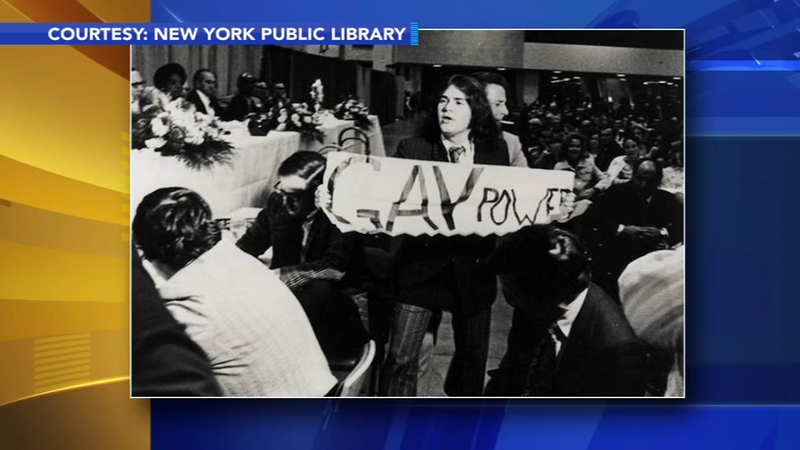 As we continue to celebrate Pride Month, we're introducing you to a Philadelphia man who is known internationally for helping start the gay pride movement.

Mark Segal was a teenager when police raided the Stonewall Inn, a gay bar in New York City.

Riots ensued, and so did a loud and pride fight for equal rights.

Mark takes us back 51 years, on his own personal journey to live happily and freely as he is.

"You must remember that at that time in history, it was illegal to be gay," Segal says.

At 18 years old, Segal left his home town of Philadelphia to find solace and solidarity in Manhattan's Greenwich Village.

"You didn't tell your parents, your friends or your employers," he says. "You had shame."

It was 1969. There, on Christopher Street, Segal found himself front and center in the Stonewall uprising that famously started the gay rights movement.

"It was at that moment that the anger boiled up in me and everybody who was there," Segal says. "That was the night the world for the LGBT community changed."

One year later, they organized the first Pride Parade in New York City.

Segal's mementos from that day are even on display at the Smithsonian in Washington D.C.

"Now those parades and marches are for joy," he explains, "but the meaning of gay pride still goes back to that feeling of defiance."

Segal joined us in the booth last year for 6abc's first-ever broadcast of Philly's Pride Parade.

"I felt so proud and was so full of emotion," he says.

Segal has spent his life fighting for change and equality. The protests playing out on the streets today bring him right back to Stonewall.

"I've been arrested dozens of times and I'm proud of each one of them."

"I'm going to get emotional here. I could never have expected that in 51 years, there would be gays in the military. I would be able to get married. There would be a gay presidential candidate.

I didn't believe that standing outside Stonewall, it would all be possible," Segal said.