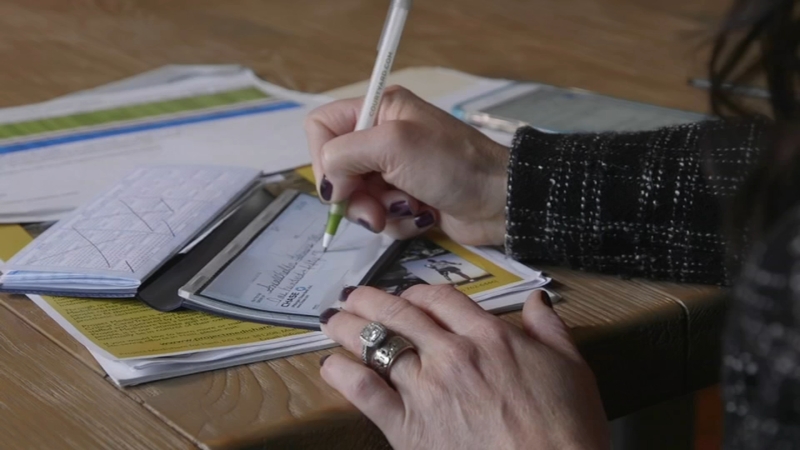 PHILADELPHIA (WPVI) -- If it seems a growing number of charities are trying to get your attention and donations, you may be right.

A recent report released by Giving USA found charitable giving by individual Americans was down in 2018 and changes to the tax code may partly to blame.

"We're down $35,000 in contributions," said Brian Jenkins, executive director of Chosen 300, a ministry that provides meals and other services to the homeless and hungry.

Jenkins said Chosen 300 serves over 150,000 meals a year to those in need but admits his organization is in desperate need as well.

"This year we had to lay off four people. My salary was cut in half. As executive director of Chosen 300 my annual salary is $19,200," said Jenkins.

The reason? A drop in charitable donations. And Chosen 300 isn't alone.

Whether it's tossing cash in a kettle or walking for a cause, a new report finds fewer Americans are giving to charities.

A change in tax code in 2017 disincentivized charitable giving by doubling the standard deduction. That's good for many taxpayers but not for nonprofits, many of which had encouraged donors to give by reminding them of the tax benefits.

Robin Cohen is CEO of Sandy Rollman Ovarian Cancer Foundation in Wynnewood said the change in tax law is concerning and considers her organization of the lucky ones, but it takes creativity and hard work to develop new and exciting fundraisers.

"We are hoping for an increase in giving but I expect it'll be steady especially with the new tax regulation. I think more people will notice it this year more than last year," said Cohen.

The decline in giving by individual Americans dropped 1.1% nationwide last year and hit local and regional nonprofits the most. The overall amount donated in 2018 was slightly higher than 2017 thanks to increased giving by corporations and foundations, Giving USA concluded.

Jenkins estimates that contributions to Chosen 300 is down 6 or 7% this year and he fears it may get worse.
Report a correction or typo
Related topics:
societyphiladelphiacharitytaxesdonations
Copyright © 2021 WPVI-TV. All Rights Reserved.
More Videos
From CNN Newsource affiliates
TOP STORIES