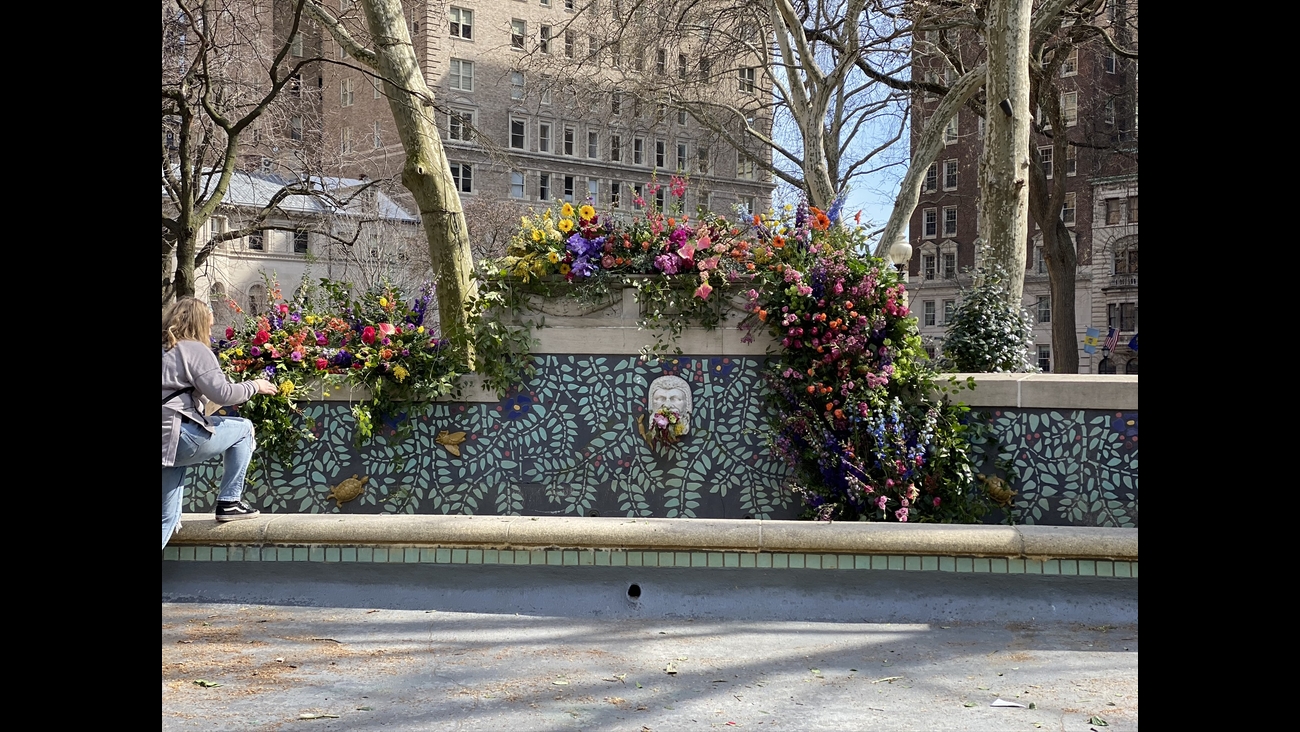 Rittenhouse Square was in full bloom on Tuesday thanks to a group of local florists intent on planting smiles amid the chaos and social distancing caused by COVID-19.

Led by Katie Robinson, owner of DFW Event Designs in Bensalem, the group of seven used more than 2,000 flowers -- from events canceled due to the threat of coronavirus -- to sprout a magnificent floral installation across the square.

They also gave out several flowers to people passing by.

"I just thought if we could just brighten one person's day, make one person smile -- we've given the flowers life again," says Robinson.

Robinson, whose own company was besieged with cancelations, got the idea after watching video of flowers being discarded by the Dutch company that supplies her inventory. She recruited some industry friends from Pennock Floral and Fabufloras! and later descended on Rittenhouse Square armed with two vans of flowers.

"We just took them and had no idea what we were getting into," Robinson said.

Things for everyone to do to pass the time at home
When you're stuck at home alone or with the kids due to the spread of coronavirus and have nothing to do, don't despair! We have some ideas to pass the time.

As they begin to assemble the installation, pedestrians inquired about the project. Robinson and her crew greeted them with flowers in hand.

"The original idea was to make bouquets and hand them out," Robinson said. "But we didn't know how people would react and if they thought they might catch (the virus)."

So the crew started handing out any flowers they hadn't set aside for the installation. When they were done, the park's walls, urn planters and fountains were furnished with flowers.

The installation took about four hours to erect. It took mere minutes for word to spread locally and the photos to begin trending on social media. Observers stopped by to offer their thanks, and many more reached out via social media and email.

"We had no clue it would turn into this," says Robinson, who notes the story has gone national.

And why Rittenhouse Square?

"It's already a beautiful park, and I know there are a lot of retired people out there who will enjoy it most," Robinson says.

As for her business, Robinson has had about 30 events cancelled and estimates the company's coronavirus-related losses to be nearly half a million dollars.

But she's optimistic social distancing will quickly flatten the curve, and events can resume in May or later in the summer.

"We'll be up again as soon as we can," she says. "We just booked a wedding in June, and we've had a few wedding inquiries after people saw the installation. But we're still working, remotely, designing and putting together proposals."

"This whole thing is making people stop, put down their phones and take a little time with their families," she adds.