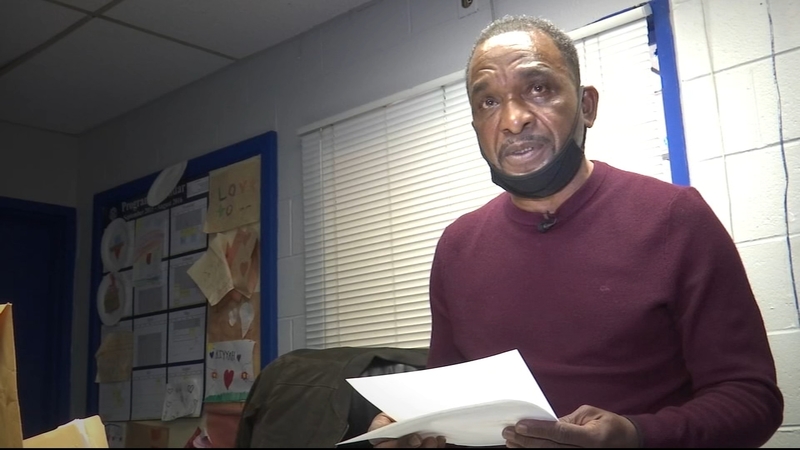 PHILADELPHIA (WPVI) -- You may have never heard his name but Bruce Baldwin is royalty on 7th Street in South Philadelphia.

"We give respect to Mayor Kenney, but we deem (Baldwin) mayor of 7th Street," Bernadette Wells, a life-long friend of his.

"Mayor" is a title the 64-year-old has earned with decades of work in his community, a lot of it through the Ford PAL Recreational Center

"He's a blessing because a lot of people need someone in their life to give them hope and love. He's there for them," said Officer Joseph Ellerby, who is assigned to the PAL center.

Since the pandemic, Baldwin has organized COVID-19 food giveaways, testing for the neighborhood, and two weeks ago he gave away 200 bikes and scooters to neighborhood kids.

HOMETOWN HERO! “I've taken a lot out initially...So I had to put back in.” 64 y/o Bruce Baldwin of 7th st in South Philly spent time in prison at 17. His life now is dedicated to his neighbors, running food drives, COVID testing sites, anything thats helps. Story at 6 @6abc pic.twitter.com/UFx4JBJZ7h

Now synonymous with respect, his name used to strike fear in the neighborhood.

"Interestingly enough as kids, we used to run from him," said Wells.

"I'm cut from the same cloth as the other young guys are out on the street," said Baldwin, who's now the president of the Seventh Street Community Civic Association.

He was in and out of prison for a decade starting at age 17, but tragedy changed his life.

"I was up at state prison, I lost my baby brother due to AIDS, HIV, and I wasn't home," he said.

He started writing behind bars.

"When they robbed us of our dignity and took us from our home," he said reading one of his poems.

Writing became his outlet and how he processed his emotions. Now, it's how he honors his neighbors. He's written 4,000 poems, including one for each member of his community who dies.

"The hardest words I've ever spoken was to tell my baby goodbye," he wrote about a 16-year-old girl who passed away in his neighborhood.

For 30 years, all of Baldwin's work has focused on a few blocks of 7th Street, but his reach goes so far beyond that because of all the people he's helped.

"The reason why this community means so much to me is because I've taken a lot out initially. That's what happened. So I had to put back in," he said.
Report a correction or typo
Related topics:
societyphiladelphiaviolencecommunityfeel goodhometown hero
Copyright © 2021 WPVI-TV. All Rights Reserved.
More Videos
From CNN Newsource affiliates
TOP STORIES