WPVI
ANAHEIM, Calif. and ORLANDO, Fla. -- Star Wars fans, the wait is almost over. We finally know when "Star Wars: Galaxy's Edge" will be open to fans, and it's probably sooner than you think.

Incredible drone footage of "Star Wars: Galaxy's Edge" provides a sweeping yet detailed view of the new attraction at Disneyland.

So what can guests expect when they hit the park? In a description released last week, the setting was described as "an abandoned, ancient base encircled by forests, mountains, and rivers on the outskirts of Black Spire Outpost" that was set up by the Resistance as they fight the First Order.

RELATED: What you can eat, buy at Disney's new Star Wars parks

D23, Disney's official fan club, also confirmed that the park will be inhabited by some familiar faces, including Rey, Finn, Poe Dameron, BB-8, and Chewbacca-and even members of the First Order.

We have also learned more about the food options (including, of course, a cantina), the retailers (get ready to build your own lightsaber!) and the costumes.

Disney shared this preview to get fans excited for the new Star Wars parks.

As for the rides, the two main attractions involve flying the Millenium Falcon and facing off against Kylo Ren.

By playing along in the Play Disney Parks mobile app, visitors will be able to customize their experiences and make decisions such as whether their loyalties lie with the Resistance or the First Order.

"This depth of storytelling is part of the total immersion that will distinguish the two, 14-acre lands - the largest and most technologically advanced single-themed land expansions ever in a Disney park - from any other themed land in history," reads a press release.

Know before you go

The park will be opening in two phases. The first phase, which begins on opening day, includes food, shopping, and the Millennium Falcon: Smugglers Run ride.

JUST ANNOUNCED: #StarWars: #GalaxysEdge will open May 31 at the @Disneyland Resort and August 29 at @WaltDisneyWorld Resort: https://t.co/G5zUih3hGk pic.twitter.com/KeNB2By0GT

If you want to visit the Anaheim park before June 23, you'll need to make a free reservation, Disney explained in a press release. Information on how to do so will be available at a later date on the Disney Parks Blog.

For phase two, which opens later this year, Disney promises "the most ambitious, immersive and advanced attraction ever imagined" that will "blur the lines between fantasy and reality." 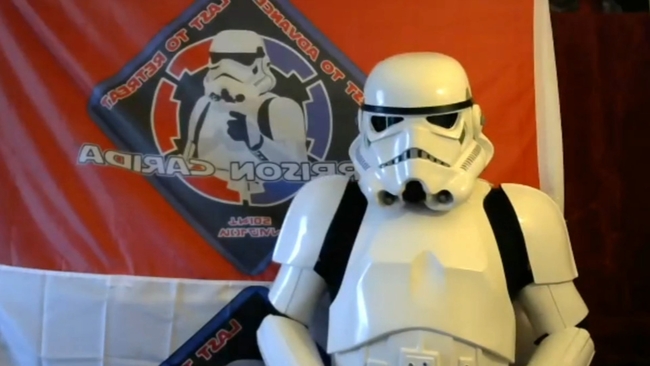