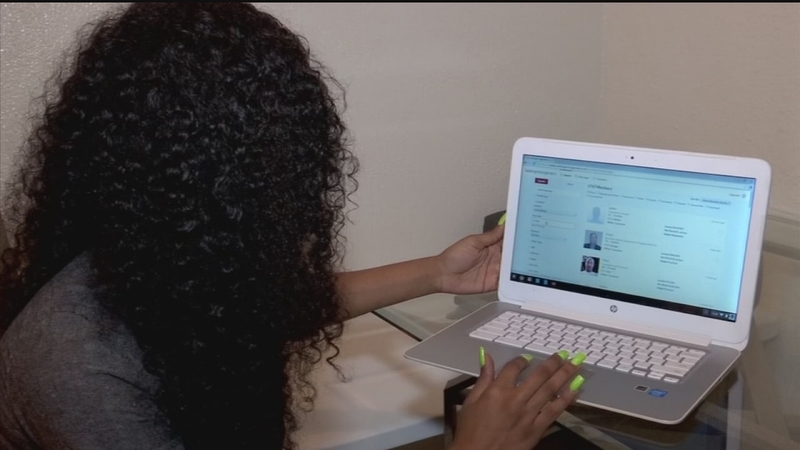 HOUSTON -- The price of a college education is high. So it's not surprising students are finding nontraditional ways to pay their tuition. Some have become what are known as "Sugar Babies" to make financial ends meet.

Twenty-three-year old Kennedy is a nursing student in Houston and a single mom. She doesn't want to reveal her identity for fear people will find out.

She posted this profile to SeekingArrangement.com. It's one of many so-called "dating" websites that typically links wealthy men with young women, looking not for love, but for financial support.

Kennedy said she has met four men online, provided companionship and conversation, but nothing beyond that.

"It's not a bad thing, it's not about sex. It's about so much more than that. It can be any relationship that you want," Kennedy said.

"Some Sugar Babies I've met have gotten jobs, got into grad school, even started their own businesses with the help of their Sugar Daddies. I would beg to differ that they are in any way vulnerable. They're empowered," SeekingArrangement.com Spokeswoman Angela Jacob Bermudo said.

The company says the average Sugar Baby receives about $3,000 in monthly allowances, though Bermudo stresses that it's not "exchange of services for money."

"We don't allow prostitution. That is illegal," she said.

But many, like legal analyst Joel Androphy, still raise a brow.

"The reason people would be looking to hookup in a Sugar Baby kind of attachment is against the design of connection. The human condition is built for attachment," Grimland said.

But those signing up, like Kennedy, say it's strictly business.

"If I'm getting paid for a conversation, then well on that's great," she said.

Below is the company's list of fastest-growing Sugar Baby schools and the number of new sign-ups from each campus in 2014: