The warning comes as two encampments continue to occupy two areas of the city: the Ben Franklin Parkway and outside of the Philadelphia Housing Authority building on Ridge Avenue.

"I saw it the other day, somebody urinating and basically going to the bathroom in the bushes right at the Rodan Museum," said Neema Mohajery, who lives in Fairmount.

Many Fairmount residents say they are tired of seeing the homeless encampment outside their windows.

"Some of them are very aggressive, unfriendly, they don't want you to look at them, no pictures," said Tom Huber of Fairmount.

Many residents say the Philadelphia homeless encampment along the Ben Franklin Parkway needs to go.

On Wednesday, Chopper 6 flew over the barricaded homeless encampment along the Parkway.

As another deadline passed to clear out multiple homeless encampments in Philadelphia, city officials say they are assessing the situation as protesters vow not to leave.

"You're seeing, 'Black lives matter,' you're seeing, 'defund the police,' you see, 'we need housing,'" said Mohajery. "Really the question is, what do you want? What are you trying to negotiate?"

A spokesperson for the city released this statement to Action News: "It is now more than one week since the deadline to resolve the two protest camps, and we understand the frustrations and concerns of residents of both neighborhoods to the lack of resolution. For now, the City continues to have communications with the camp leaders, and homeless outreach workers continue to offer services and alternative housing to those at the camps. More than 140 individuals have been placed in treatment and housing opportunities. At the same time, we continue to assess the actions of camp leaders, which include stockpiling of supplies, construction of barricades, and other actions. Forcibly removing camp residents will be a last resort, and as the Mayor indicated yesterday, the City is not going to publicly disclose if and when it will take that step. "It's going to have to end," he said, "and we're trying to get as many homeless people out of there before we do anything."
Report a correction or typo
Related topics:
societyphiladelphiablack lives matterprotesthomelesshousing
Copyright © 2020 WPVI-TV. All Rights Reserved.
RELATED 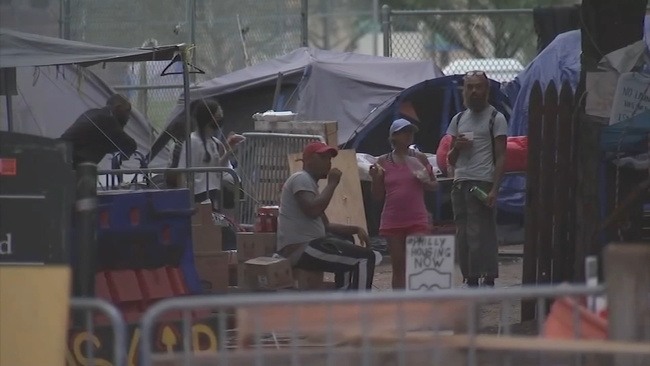 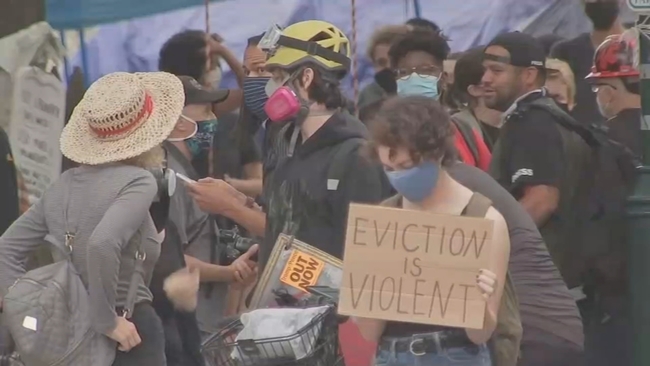 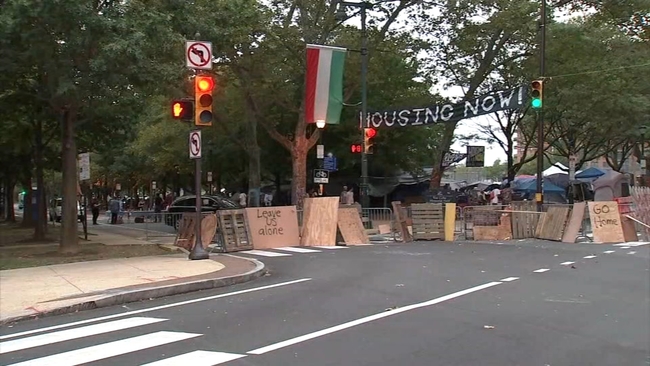 2 missing children may be in danger, last seen at park