Former Vice President Joe Biden presented the award to the couple at the Philadelphia history museum on Sunday, Veterans Day. Outside the center, a group of several WCBS-TV reported .protesters from the group Veterans Against The War protested the award,

Laura Bush spoke of support for military spouses and caregivers, advocating to recognizing them for their efforts and asked government and non-governmental programs working with veterans to consider their needs.

The former president said he was honored to receive the award that he was proud to follow in his father's footsteps "once again."

WATCH: Here is the impact the Bushes have had on these two U.S. Veterans.

This is the second year that Biden has taken part in the Liberty Medal ceremony. Last year, he presented the award to the late U.S. Sen. John McCain, who died in August.

Before the medal was awarded, Biden gifted the Texas-native Bushes with a pair of Philadelphia Eagles jerseys, ahead of the team's home game against the Dallas Cowboys. Bush was in attendance at the game later Sunday and performed the coin flip.
Report a correction or typo
Related topics:
societycenter city philadelphialiberty medal
Copyright © 2020 by The Associated Press. All Rights Reserved.
RELATED 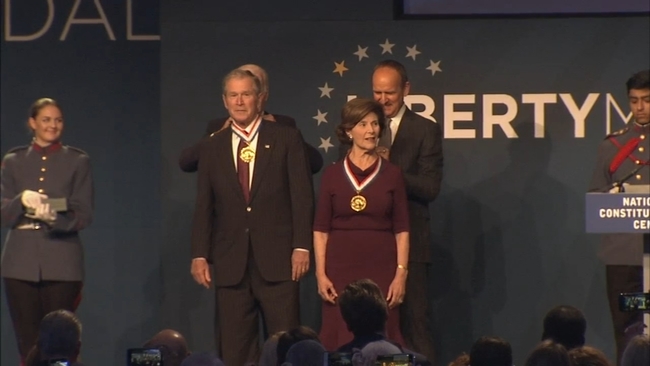 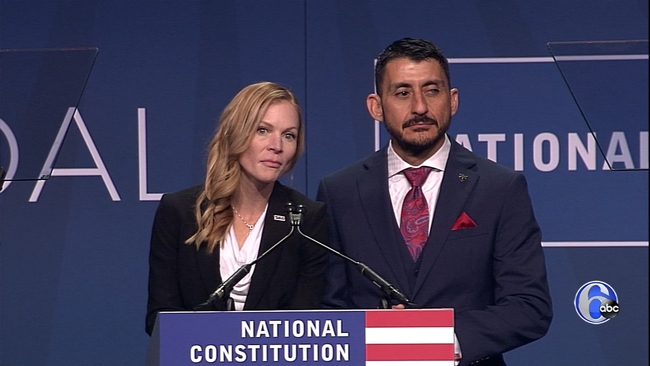 Veterans share their personal stories of how George W. and Laura Bush have improved their lives. 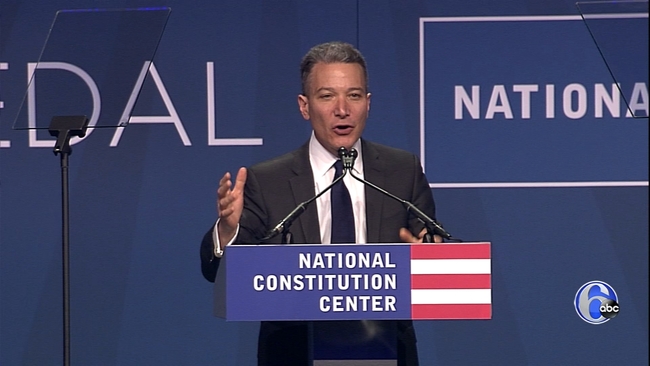 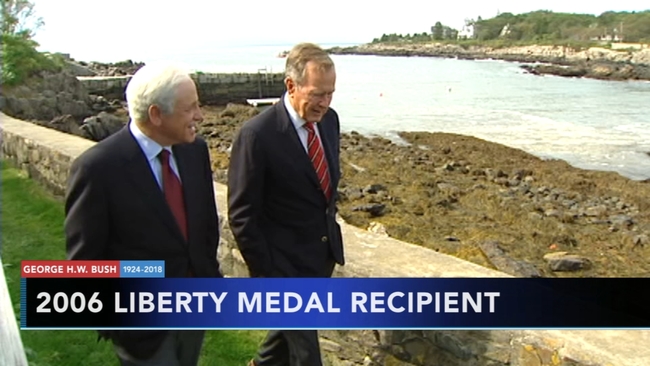 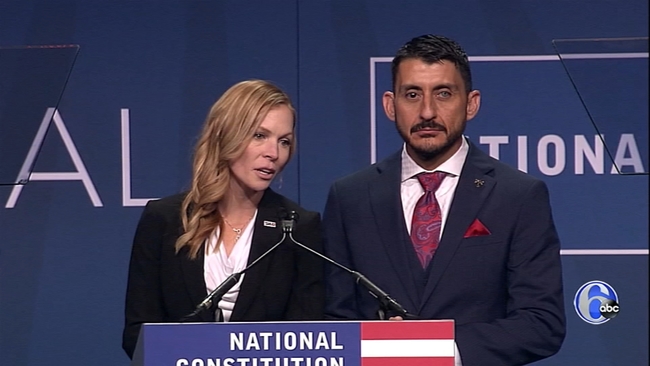 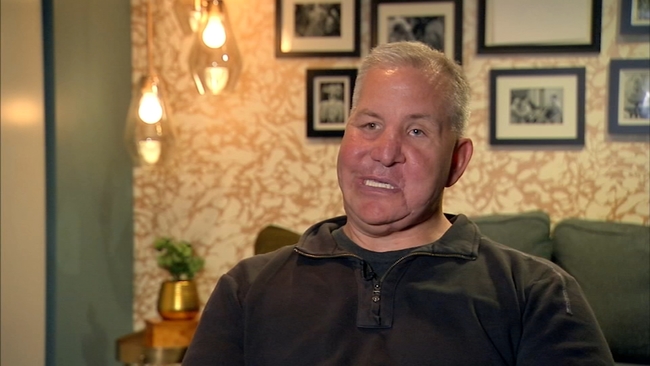