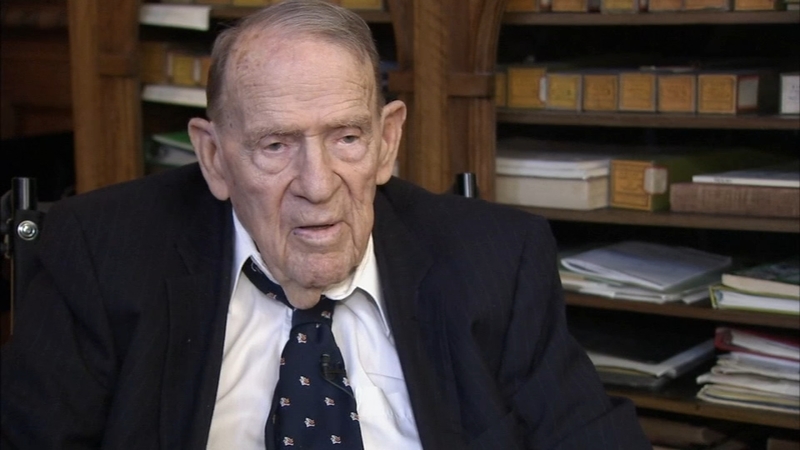 Now well into his 90s, he was a member of the OSS, the precursor of the modern day CIA and Special Forces.

At age 18, Earle was sent off to the Solomon Islands to join the battle against the Japanese, first in field combat then vital intelligence gathering, interrogating Japanese prisoners.

"When we questioned them they told us everything they knew because they were scared and afraid we were going to shoot them or do something to them," said Earle, gold medal awardee.

Other surviving OSS veterans received their gold medal replicas in Washington back in March.

Earle was unable to get there because of bad weather, so Congressman Dwight Evans arranged for this ceremony at Earle's assistant living complex in Bryn Mawr.

He tells me he still reflects on the nightmarish Japanese tactics during the war.

"Putting razor blades in the trees was one they would use. They also put poison in liquor bottles and left them along the trail, hoping we'd drink them. A lot of our men did and died," said Earle.

CIA Historian Clayton Laurie said, "They're the foundation for a permanent counterintelligence capability that we still have today."

Earle added, "I'm very gratified to get it because if it proves people like me just did their job the best they could for the United States of America."

After the war, Lawrence Earle worked for the CIA until sometime in the 70s on missions in Africa and Latin America.

Most of the specifics and details remain classified to this day.

Earle will turn 95 later this month.