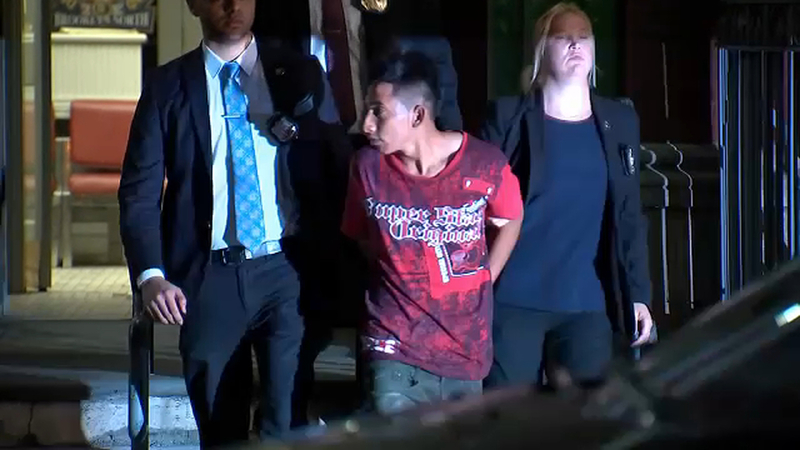 PROSPECT LEFFERTS GARDENS, Brooklyn (WPVI) -- Police have arrested and charged a man with raping an 11-year-old girl after breaking into her home in Brooklyn.

Julio Ayala, 18, was arrested and charged with rape, burglary and sexual abuse late Saturday night. According to a high ranking police source, Ayala is from El Salvador and is an MS-13 gang member.

An 18-year-old has been charged with raping an 11-year-old girl in Brooklyn.

Police say on Wednesday night, Ayala managed to gain access through a window to the victim's second-floor bedroom in Prospect Lefferts Gardens.

Once inside, officials say Ayala approached the victim while she was sleeping, and raped her.
Sources say police followed Ayala using video footage and traced him back to his home - from there, he fled to a construction site.

An angry mob that surrounded the location where Ayala was cornered erupted in cheers when he was captured, about five blocks away from where the crime happened.

CeFaan Kim has the latest developments.

"Everybody was happy, giving high fives to cops. They were happy that they got him," said one area resident.

"When he came out they had to rush him out of the place to get him into the police car and get him out of there, otherwise I think they would have killed him," another resident said.

The victim was taken to an area hospital in stable condition.

It does not appear the suspect and the victim knew each other.

No pleas entered for suspects in Kristin Smart killing