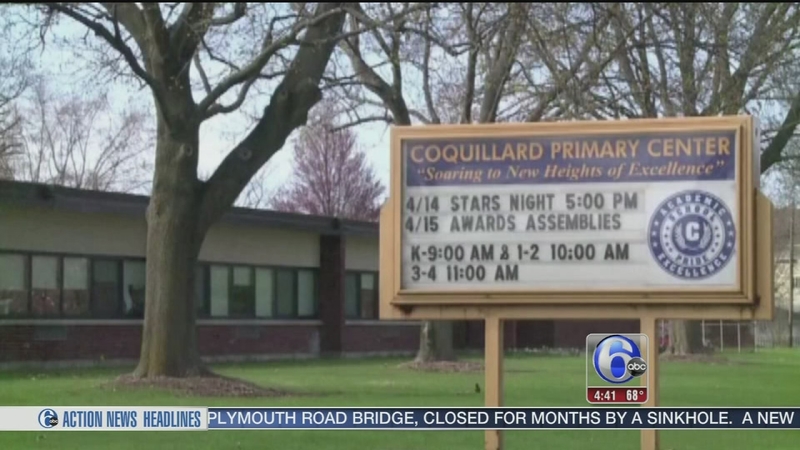 SOUTH BEND, Ind. (WPVI) -- Officials say several South Bend, Indiana field trips are planned for some third graders over the next week - but only for black third graders, WBND-TV reports.

The school district says the trips are supposed to encourage African American kids to think positively about college. But some parents are asking, why can't everyone go?

The district says these are not meant to be discriminatory trips.

"We should be able to do everything together and not separate," said Charles Yost, South Bend dad.

"I feel like all kids should be going," said Deidra Mullings, South Bend mom, said.

"I want these third graders to have the opportunity to think of themselves as college students," said Dr. G. David Moss, African/American Inclusion with South Bend Community School Corporation.

Moss says, statistically, black students are less likely to think of college as a real possibility.

"Our black kids are struggling academically," he said.

That's why he says he organized these field trips for them to visit higher education institutions around South Bend.

"Take them to a college campus, have them meet with African American students modeling the idea that as a black person, college is a great place," Moss said.

But this didn't sit well with some South Bend parents, who say it should include everyone.

"I don't think it's a race issue, I think they're giving black children a chance," said Erika Herrons. "It's giving them a chance, it's letting them know that there's something else out here besides, you know, being out here in these streets."

Dr. Moss says the field trips were never meant to offend anyone.

"It was not meant to be exclusionary, it was only meant to support and give these kids what they need to think positively about themselves and about their future," he said.

After all, he says, it's his job to solely think about South Bend's African American youth.

"I was hired to look at the issues facing African American kids in the SBCSC, and my job specifically says that I need to develop programs and develop strategies to help these kids and their families become more successful academically," Moss said.

And while it still leaves some parents feeling left out, it might have at least started a necessary conversation.

"I think if anything, it still creates a divide," Garing said.

"It's really about supporting and helping these students become the best adults they can," Moss said.

The first field trip is scheduled for Thursday; third graders will be visiting Ivy Tech - a community college. A trip Monday will visit Bethel College. There are seven primary schools involved, and they'll be touring three different colleges in South Bend.