Pennsauken youth football team can participate in playoffs, judge rules, but then playoffs were canceled 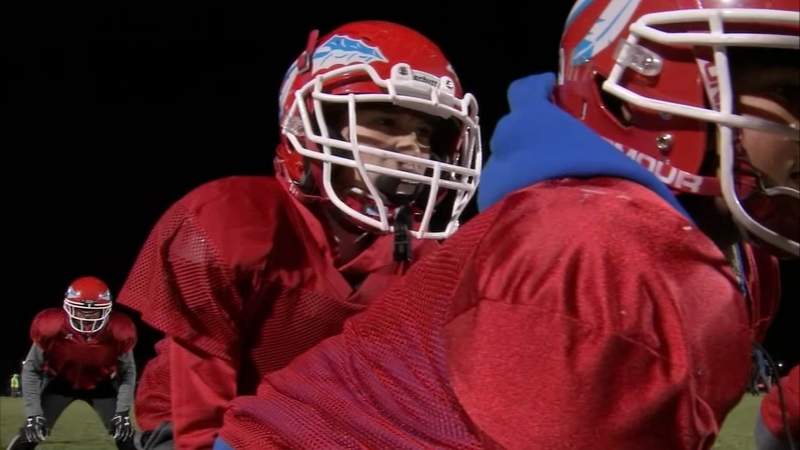 "Just real quick because I haven't got to tell you guys yet, we're not going to be playing this weekend," said Assist Coach Eric Echevarria.

It certainly hasn't been an easy week for the youth football team.

On Monday night, the 10/11-year-old team was disqualified from the South Jersey United Football League playoffs, that had been set for Saturday.

"Tuesday night I had 32 kids out here crying," Echevarria said.

They say the league, out of nowhere, concluded one of the Junior Indians lives in nearby Willingboro and should have been playing there. But Junior Indians President Bob Ried says the boy lives in Philadelphia now.

"We're a good team, we do get players from other areas that come here. We're allowed to have that," Ried said.

He says the real issue is the boys are undefeated, unscored upon, ranked number one.

"The only thing I can think of is they can't beat our kids, so they want them out," Echevarria said.

Coaches said the player in question has not scored a touchdown all season.


"It's about grown-ups egos getting in the way of an 11-year-old football team," he said.

Ried says some league officials conducted their own investigation.

"They camped outside the child's house. Both houses for a week just watching them. Who knows what else they're going to do. The parents had a problem with it," he said.

The Junior Indians staff got legal help and a Camden County judge reinstated them for Saturday.

But instead of complying, the league has temporarily canceled all 10/11-year-old playoff games.

"It's not the kids' fault. Imagine how these kids feel," Reid said.

The team says they're going to continue because they're hopeful this will get worked out.