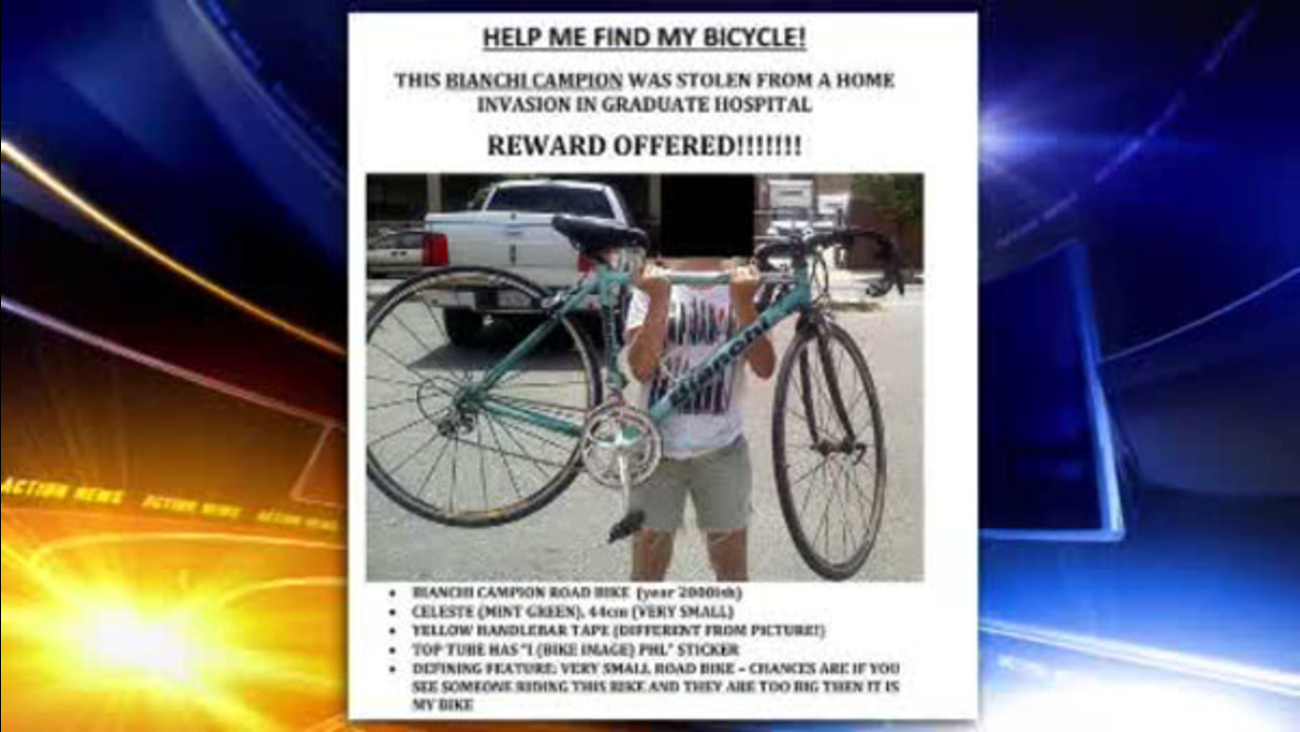 SOUTH PHILADELPHIA (WPVI) -- Residents in South Philadelphia are rallying behind one of their own as a homeowner came face to face with a burglar.

It was early evening Tuesday when police say a man climbed through an open window of a home in the 700 block of South 22nd Street.

Little did the burglar know, the homeowner was home.

She walked into the room and startled him.

"He didn't appear, according to police, to be prepared for an actual home invasion, he used a phone cord we believe to bind her," George Leon of the South of South Town Watch.

With the homeowner tied up, the intruder went room to room stealing electronics. He also stole her bicycle and used it to flee the scene.

The tied up homeowner ran down the block to a coffee shop for help. They helped free her from the phone cord and called police.

Richard Salmon who lives nearby says the Graduate Hospital neighborhood is typically a safe one, but this recent theft and home invasion is concerning

"It's scary. I have a family, two little girls and my wife at home, and if someone breaks in with us, the same thing could happen to us," Salmon said.

Police are searching for the suspect and the bicycle.