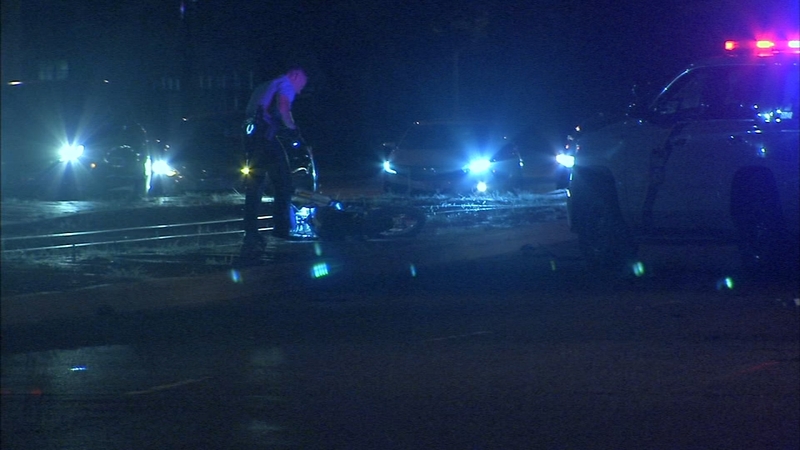 PHILADELPHIA (WPVI) -- One person has been arrested after a deadly crash involving a dirt bike and pickup truck in the Queen Village section of Philadelphia.

It happened around 9:40 p.m. Thursday on the 700 block of South Columbus Boulevard.

The 22-year-old dirt bike rider was found unconscious on the roadway and taken to Jefferson University Hospital where he later died of his injuries.

Police arrested the driver of a Ford F150 pickup truck on DUI charges.