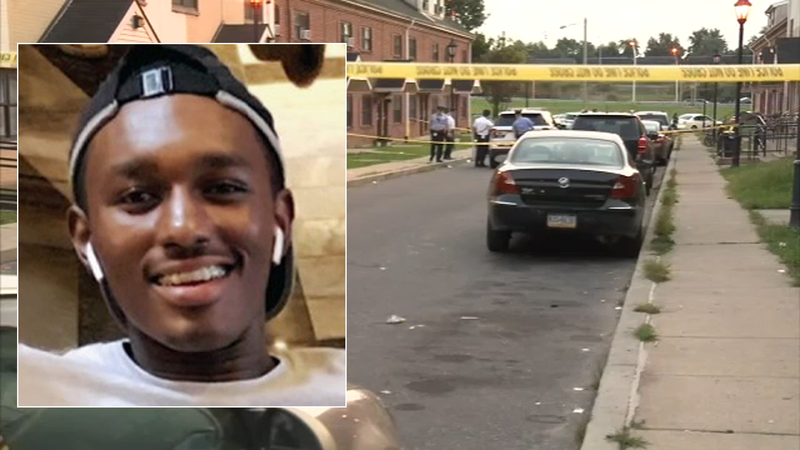 PHILADELPHIA (WPVI) -- While many in the city were focused on the live TV coverage of the police standoff in North Philadelphia Wednesday night, a 17-year-old high school student was pacing back and forth in front of a housing unit in the Wilson Park complex in South Philadelphia.

Minutes later, the teen, identified as Ammar Hassan of the 2900 block of North 12th Street, would be dead.

Police believe the teen was dropped off in the 2300 block of Bambrey Terrace. Once there, it is believed he eventually had a 10 to 15-minute conversation with two unknown men who arrived at the location in a gray or beige mini-van.

They said one of the two men then shot Hassan once in the back of the head.

Captain Jason Smith of the Philadelphia Homicide Unit described the suspect as a black male, six-foot-tall, with a medium build.

Smith said the motive remains unknown. He did say at the time of his death, Hassan had in his possession 31 packets of heroin and $320-- some of which was believed to be counterfeit.

Earlier Friday, Hassan's grieving family told Action News the teen was a good student and was looking forward to attending West Catholic Preparatory High School this fall and then going on to college.

An aunt said since Hassan was a young child he had wanted to join the family's construction and real estate business.

Friday's revelations came on the day Governor Tom Wolf signed an executive order that promises sweeping changes in how his administration will deal is issues of gun violence, be it criminal, suicidal, or accidental.