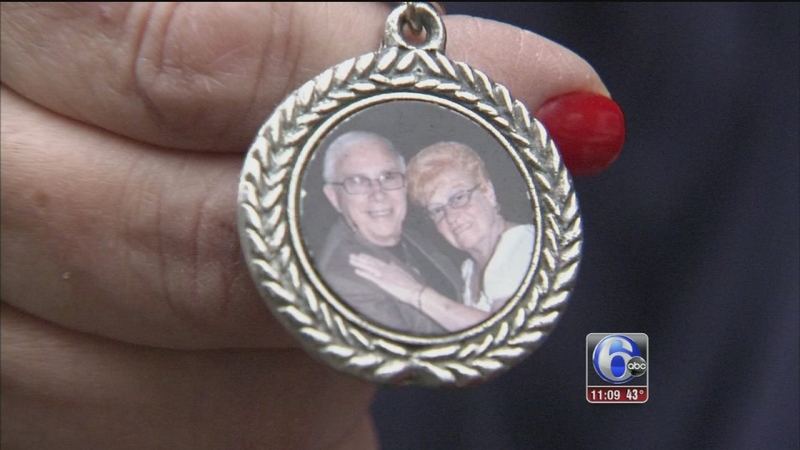 SOUTH PHILADELPHIA (WPVI) -- A South Philadelphia neighborhood is mourning the loss of a beloved store owner who was killed after being shot multiple times on Christmas Eve.

It happened shortly before 9 a.m. Saturday near the intersection of South 6th and Titan streets.

Police have identified the victim as 81-year-old Marie Buck, the owner of Marie's Grocery store.

"She was loved by so many people. That was just a violent, violent killing," Marie's daughter Maria Buck said.

Maria says she doesn't think this was random.

"Someone was stalking my mother for whatever reason," Maria said.

Maria says a man dressed in all black entered her mother's grocery store, which is just two doors down from the family home. Marie Buck ran the market for 43 years.

Detectives say the suspect said nothing and took nothing, but fired multiple shots. Initial reports said Buck had been shot 22 times, however, police say that has not been confirmed at this time.

Buck was rushed to Jefferson University Hospital where she was pronounced dead.

There was a witness inside working with Marie at the time; the family says there is a description of a suspect.

The family had a message for the shooter.

"He better turn himself in. Not for nothing, but we do have a description," Maria said.

My thoughts &prayers are w/the family, friends & those effected by the horrific shooting & murder of the 81yro woman in SPhilly this morning

Neighbors say Marie Buck helped everyone and even let some people go without paying.

"What little store do you know that still trusts people for money and lets them take groceries out?" Maria said.

Her family says Marie Buck wanted to retire, but was so dedicated to her store and to her community, she couldn't bring herself to stop.

Maria adds they'll turn to their faith now to make it through this.

"I made sure that my mom got a blessing, her last rites by Father Nick who's a family friend," Maria said fighting back tears.