Man shot in front of children on South Street 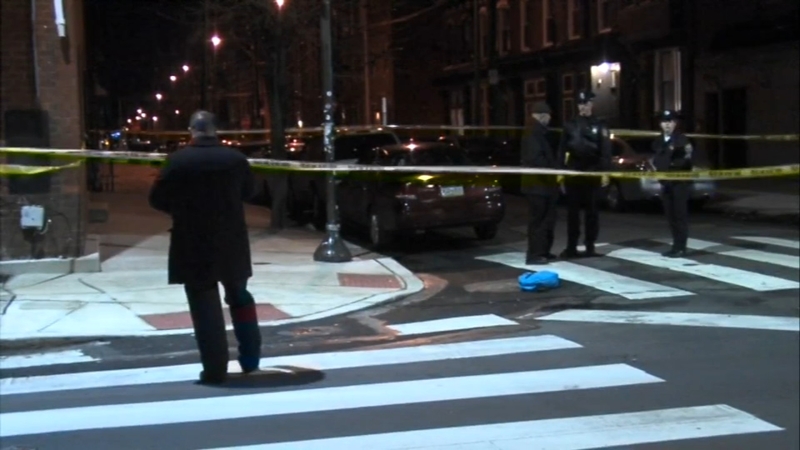 Father shot in front of children on South Street

PHILADELPHIA (WPVI) -- Police say a father was shot in the neck in front of his family in South Philadelphia and they believe, at this point, the motive was not robbery.

It happened around 7:30 p.m. Sunday near 12th and South streets.

Investigators say the 25-year-old father was getting out of his car when he was approached by a man he did not know.

They say the gunman then shot the victim once in the neck in front of his children and a woman.

There is no word of a struggle, or even an argument, between the suspect and victim.

The family of four ran to a nearby vape shop for help. A book bag belonging to one of the children was left on the street.

The father was taken to Jefferson University Hospital and is in stable condition.

The gunman remains on the loose.

Philadelphia police are investigating after a gunman opens fire on a family on South Street. Sarah Bloomquist has more on Action News at 11 p.m. on Feb. 24, 2019