The suspect ran from the wreckage as smoke billowed from the front end of the vehicle.
WPVI 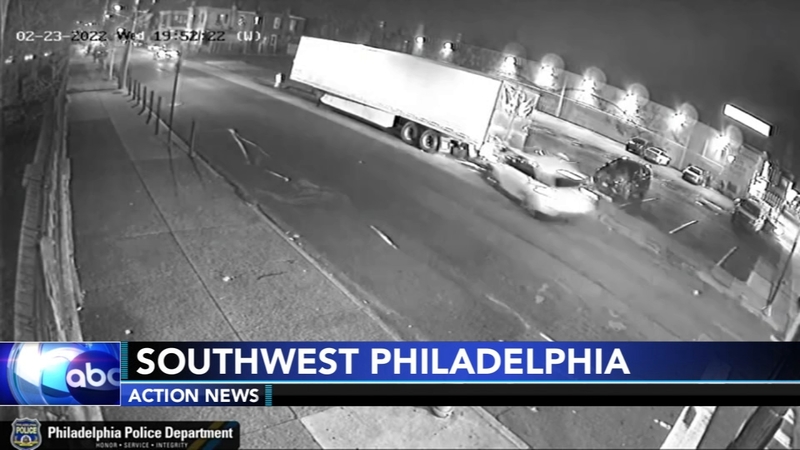 PHILADELPHIA (WPVI) -- Police are searching for the three men who fled from a stolen SUV just a short time after gunfire erupted in Southwest Philadelphia.

It happened around 8 p.m. on February 23 near 54th Street and Chester Avenue.

Surveillance video shows the SUV speeding down the road when it slams into a tractor-trailer and a car.

Debris goes flying as the SUV spins into the opposite lane.

The suspect are then seen running from the wreckage as smoke billows from the front end of the vehicle.

According to police, the men were involved in a shooting moments before the crash.

Officers did recover a gun inside the SUV.