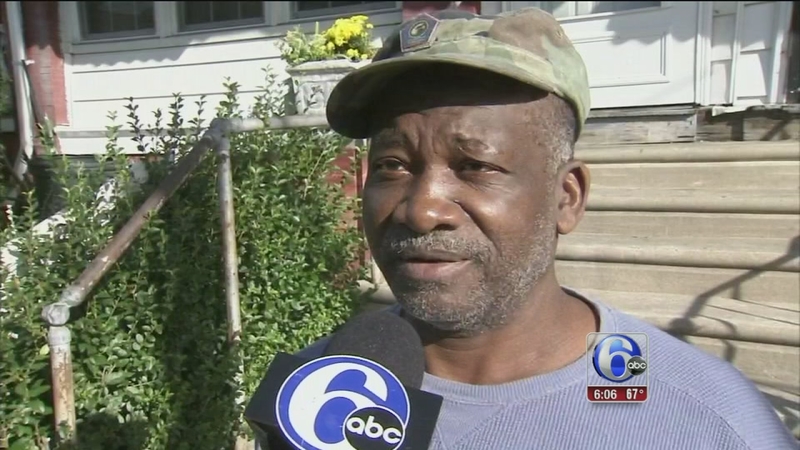 SOUTHWEST PHILADELPHIA (WPVI) -- A Southwest Philadelphia man says he woke up Thursday morning to find his neighbor stabbing him in his back.

The victim, Melborne Farrier, now has two puncture wounds in his back.

"I was in my bed sleeping and I just feel like someone is sticking me on my side. I thought it was my wife," Farrier said.

Farrier says his neighbor fled down the stairs and out the home.

He doesn't know why his neighbor became so violent but others on the 5700 block of Christian say after the attack, the suspect began threatening to stab children as they waited for the bus.

Police say he even put a knife up to one of the children's throats.

"Whoever was out here, he was just terrorizing the neighborhood. To me, it's not safe for our kids," neighbor Ashley Hurt said.

No one else was stabbed or injured.

The suspect was captured a short time later and police say it appears he suffers from some sort of mental illness.

Farrier was treated at a local hospital.