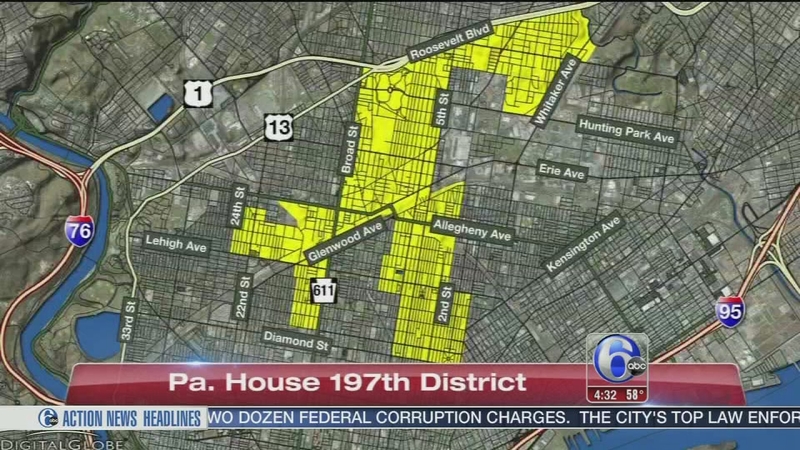 NORTH PHILADELPHIA (WPVI) -- The votes have been taken, but we're still awaiting word of the winner in the special election for Pennsylvania's 197th House District, which covers North Philadelphia.

What the board of elections reports Tuesday night is that the "Write-In" candidate won with nearly 93-percent of the vote.

The issue is officials won't start tallying which names were written in until Friday.

The seat was held by Representative Leslie Acosta, but she resigned following an embezzlement scheme.

"Last I heard I think there was 30 people doing write-in campaigns, which is a little on the crazy side, I think," Little said Tuesday.

While 85 percent of the registered voters of the 197th are registered Democrats, the party put up a candidate who was ruled to be living outside the district.

By then it was too late to make a switch.

Little, who works for a firm that manages clinical trials in doctor's offices, hoped voters of the 197th saw the wisdom of voting Republican, and being with the majority in the legislature.

The endorsed Democrat was Emilio Vazquez, an auditor for the parking authority. His plan to overcome not being on the ballot? Handing out 750 ink stamps for write-ins.

His focus, he said, is on education, and re-entry programs for those who have been in prison. He said he will work with both sides of the aisle.

"Work with the council folks, work with the Senate, work with anybody that's in politics - Congresspeople, federal, state, and municipal to get all the people on the same page and work together," said Vazquez.
Another write-in candidate was a familiar face. Homeless activist Cheri Honkala was the Green Party candidate. On Tuesday, she blasted Democrats for "irregularities" and "intimidating voters" at some polls.

"Don't believe the rumors that are being told in the different polls, that somehow my vote is not going to be counted, so no one has to vote for me any longer. These are all lies," Honkala said.

Again, all we know now is a "Write-In" candidate won. We just don't know who that is.