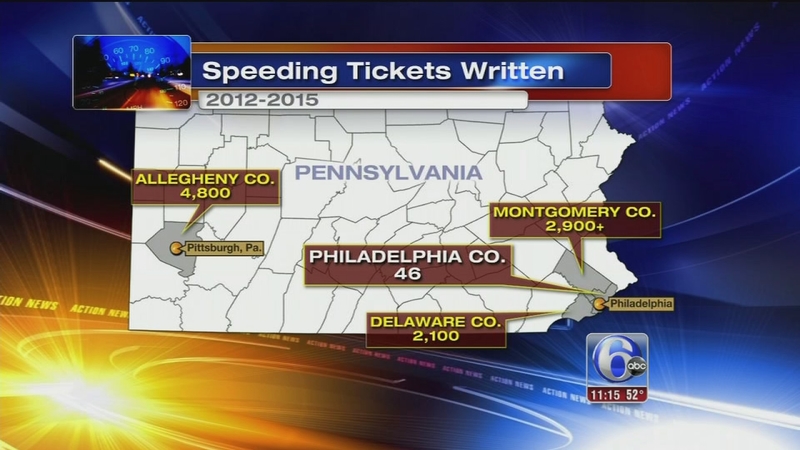 Each year, thousands of speeding tickets are written across the state.

We set up our speed gun outside of schools around the city.

We observed vehicle after vehicle blowing through the school speed zones, and the 15 miles per hour limits.

We tried to question speeding drivers - most didn't want to talk.

Lawrence Jones is the principal at the Richard Allen Charter School at 58th and Lindbergh in Southwest Philadelphia.

He and parents are fed up. They say they want police to crack down.

"People think it's not that bad because no one has been hit, but it's only as bad as the first person that gets hit," said Jones.

Pennsylvania court records reveal more than 19,000 drivers were cited for speeding in school zones from 2012 through 2015 around the state.

But just 46 of those were drivers in Philadelphia, and in 2013 police wrote just three.

Police spokesman Lt. John Stanford says, by law, only State Police are allowed to use radar guns. He says his department may not write speeding tickets, but rather a careless-driving citation instead.

But he didn't have numbers on enforcements in school zones.

"He landed up near the school limit sign," said Martin Connors of Northeast Philadelphia.

Martin Connors knows the importance of 15 miles per hour outside of a school. A driver hit and killed his son in front of Archbishop Ryan High School five years ago.

Police determined speed was not a factor, but that's because the school flasher had just gone off. The speed limit increased to 30 miles per hour, the driver hit Tim as he ran across the street.

Connors tells us he thinks if the speed limit was 15 miles per hour his son would be alive today.

While only State Police can use speed guns, it hasn't stopped other municipalities from citing drivers for speeding in school zones. Allegheny County, where Pittsburgh is, 4,800 speeding tickets were written from 2012 to 2015; in Montgomery County, more than 2,900; in Delaware County, roughly 2,100; and again only 46 in Philadelphia.

"I would definitely submit to you it's not something we don't address now," said Lt. Stanford.

Philadelphia police said they were curious how many tickets were written in Pittsburgh, a city similar to Philadelphia in its urban setting. We found a little more than 1,000 were written during the four-year period.