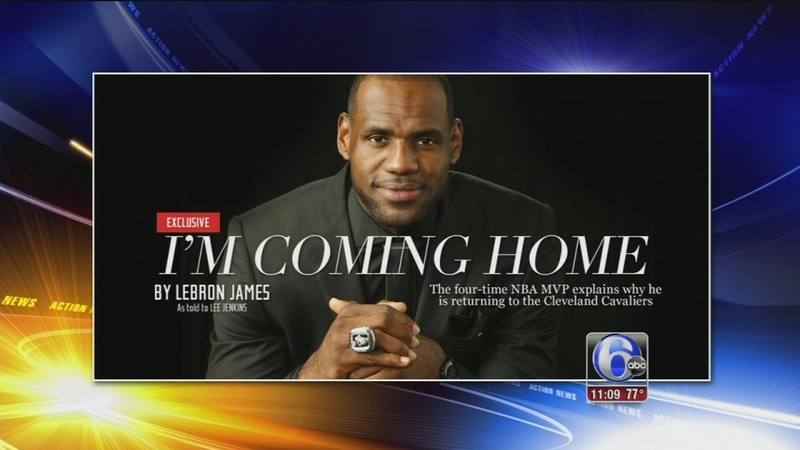 CLEVELAND -- LeBron James is going back to the Cleveland Cavaliers.

James told Sports Illustrated Friday that he's decided to go home. It's a move that would have seemed unfathomable four years ago, after the venomous fallout that followed his decision to leave Cleveland for the Miami Heat.

James told SI in a first-person story: "My relationship with Northeast Ohio is bigger than basketball. I didn't realize that four years ago. I do now."

He spent his first seven NBA seasons in Cleveland. In four years with the Heat, he went to the NBA Finals four times, winning two championships. And now heads back to Cleveland to see if he can finally deliver on his promise of winning a crown for that title-starved city.

James is from Akron, Ohio, not far from Cleveland.

"Before anyone ever cared where I would play basketball, I was a kid from Northeast Ohio. It's where I walked," James told SI. "It's where I ran. It's where I cried. It's where I bled. It holds a special place in my heart. People there have seen me grow up. I sometimes feel like I'm their son. Their passion can be overwhelming. But it drives me.

He left Cleveland being called disloyal, a narcissist, a coward and a quitter - and that was all by Cavaliers owner Dan Gilbert, who wrote that infamous letter blasting James for choosing Miami.

And now James will play for Gilbert again.

"I'm not having a press conference or a party," James told SI. "After this, it's time to get to work."

Moments after the article was released, James posted a photo on his Instagram account with the words "I'm coming home." 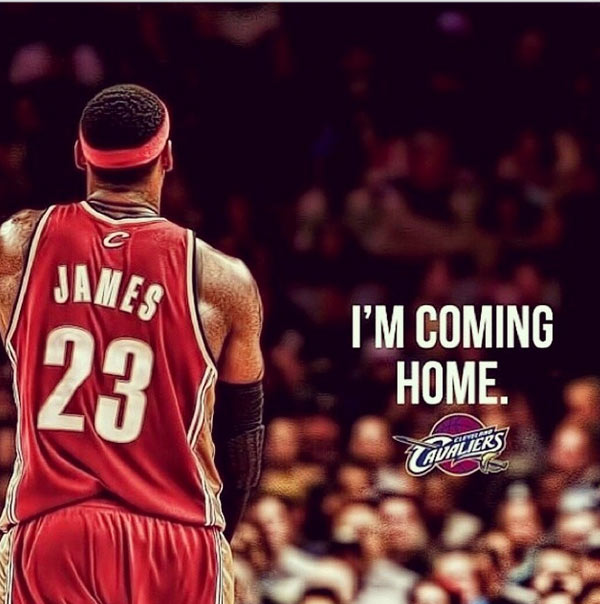 And with that, the "Big 3" era in Miami ends much sooner than the Heat expected.

James, Chris Bosh and Dwyane Wade all exercised options in their contracts to become free agents this summer, but the thinking was that they would re-do their deals to give the team financial flexibility in an effort to make upgrades to the roster.

Instead, the game's biggest star is heading back to his roots. Bosh may now leave as well. And the Heat face a decidedly uncertain future, a stunning twist for a franchise that has won the last four Eastern Conference titles.

James doesn't turn 30 until this December, so it's safe to say that he just may be reaching his peak.

And the numbers he's put up in his first 11 NBA seasons already make him a lock for basketball immortality.

He's already 27th all-time in scoring with 23,170 points, and could climb into the top 20 next season. Since he entered the league as the No. 1 overall pick by the Cavaliers in 2003, no one has logged more minutes, scored more points or had a better plus-minus ratio than James. His teams have outscored opponents by a staggering 3,743 points with him on the floor over that span; for comparison's sake, Dwight Howard is No. 2 on that list, with a plus-2,312 ratio.

Only Tony Parker and Tim Duncan of the San Antonio Spurs have appeared in more regular-season wins over the last 11 years than James. And he just seems to keep getting better; this past season was his seventh straight year where he posted a career-best in field-goal percentage, shooting just under 57 percent.