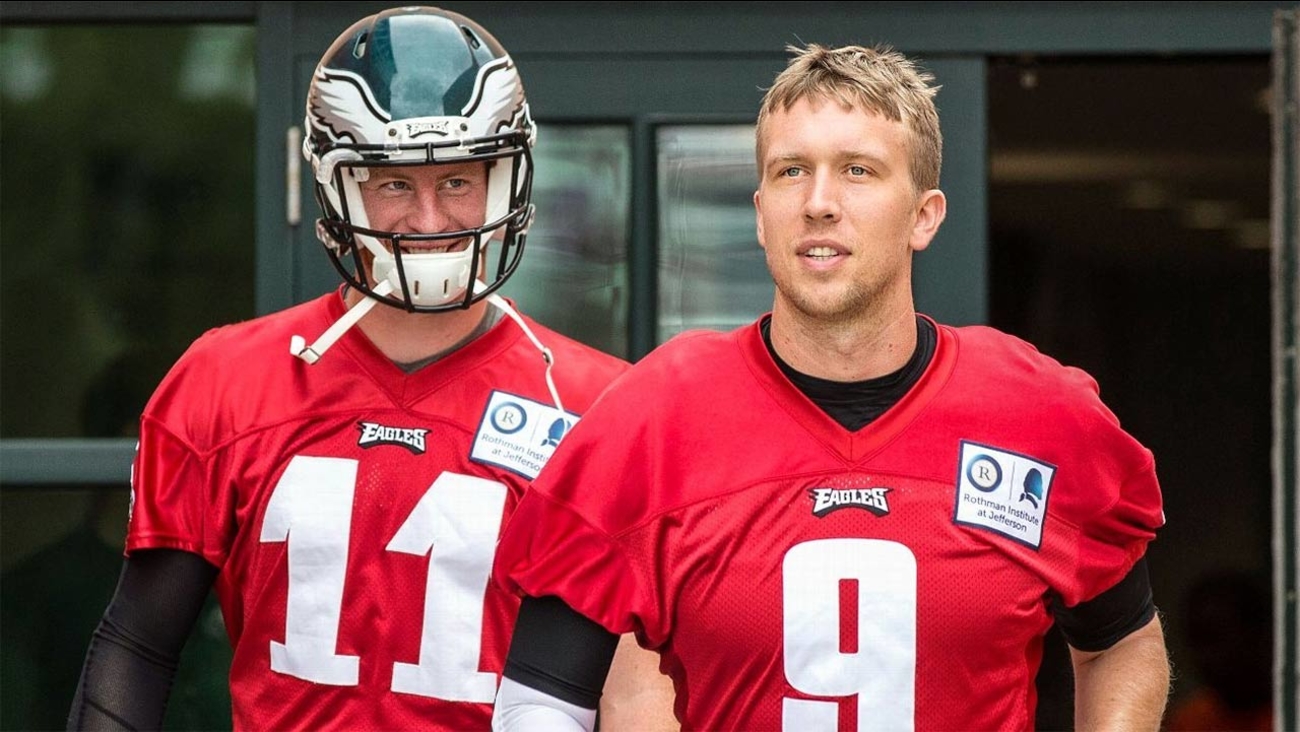 PHILADELPHIA (WPVI) -- Nick Foles is expected to be the Eagles' starter in their season opener Thursday against the Atlanta Falcons, sources who have weighed in on Philadelphia's quarterback situation tell ESPN.

The decision gives Carson Wentz more time to rehab from the torn ACL and LCL in his left knee.

The Eagles have not officially named a starting quarterback for Thursday's night's game. Coach Doug Pederson told reporters earlier in the week that he would likely know who was starting by Friday, but that the public announcement could come as late as "90 minutes before kickoff."

But the prevailing thought from those who have privately weighed in on the Eagles quarterback situation in recent days is that the team is maintaining the long view when it comes to Wentz, and will let him heal a bit longer before exposing him to game action.

Wentz, the former No. 2 pick out of North Dakota State, has looked increasingly like his old self in recent weeks. His mobility is returning and his throwing velocity is actually up compared to last year. He has been splitting first-team reps with Foles during the practice of late.

He is still on the early side of a traditional timetable for return from this type of injury, however. ACL tears typically take nine to 12 months to recover. The Atlanta game comes a few days shy of that nine-month mark. He tore his LCL as well, which delayed the rehab process and made for a more complicated surgery and recovery.

Given all those factors, bringing Wentz back before he even hits that nine-month mark is viewed by some as a gamble. And the belief is that if owner Jeffrey Lurie sees any unnecessary risk, they'll opt to let their star QB heal up another week or two before exposing him to game action.