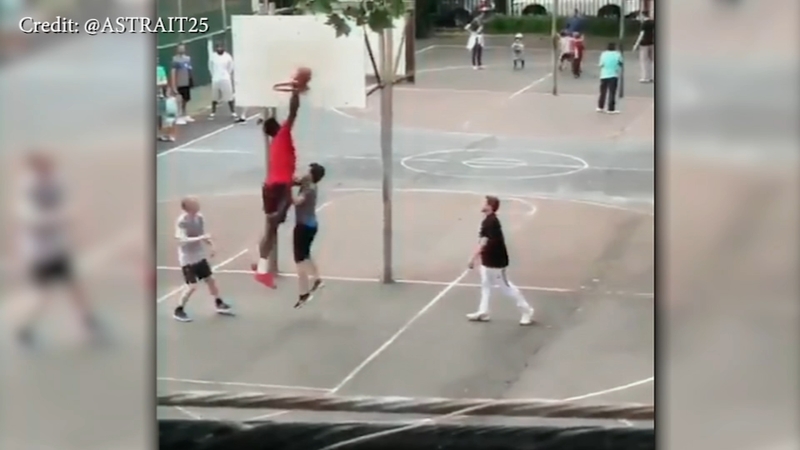 SOUTH PHILADELPHIA (WPVI) -- The Sixers season ended a few weeks ago, but Joel Embiid isn't spending the entire off-season in the gym.

He's been spotted at several outdoor courts in South Philadelphia taking on whoever happens to be there.

During his most recent pickup game at 10th and Lombard streets Monday night, the Sixers center showed no mercy.

Video shows him setting himself up for a windmill jam by bouncing the ball off an opponent's forehead.

The poor guy didn't seem to mind. After all, he WAS getting to play with an NBA all-star.

Last week, Embiid was caught on camera during a pickup game at a different neighborhood park dunking on another non-NBA-sized player.