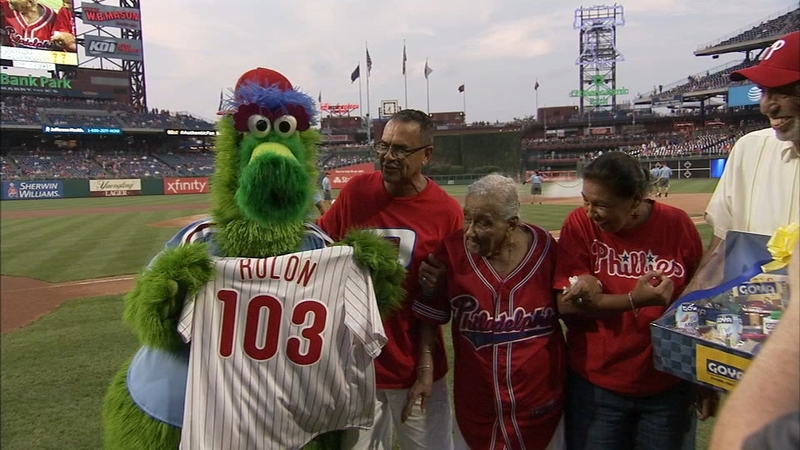 PHILADELPHIA (WPVI) -- A 103-year-old fan was honored by the Philadelphia Phillies Thursday.

Catalina Rolon has been a Phillies fan since she came to the region in 1955.

Originally from Puerto Rico, Rolon served as a nurse, treating soldiers during the Korean War.

She came to Philadelphia to raise her family, and instantly became a Phillies fan.

The 103-year-old says she never misses a game.

Her daughter Judy joined her mother on the field to celebrate.