Players from North Wales, Marlton in final 3 at World Series of Poker 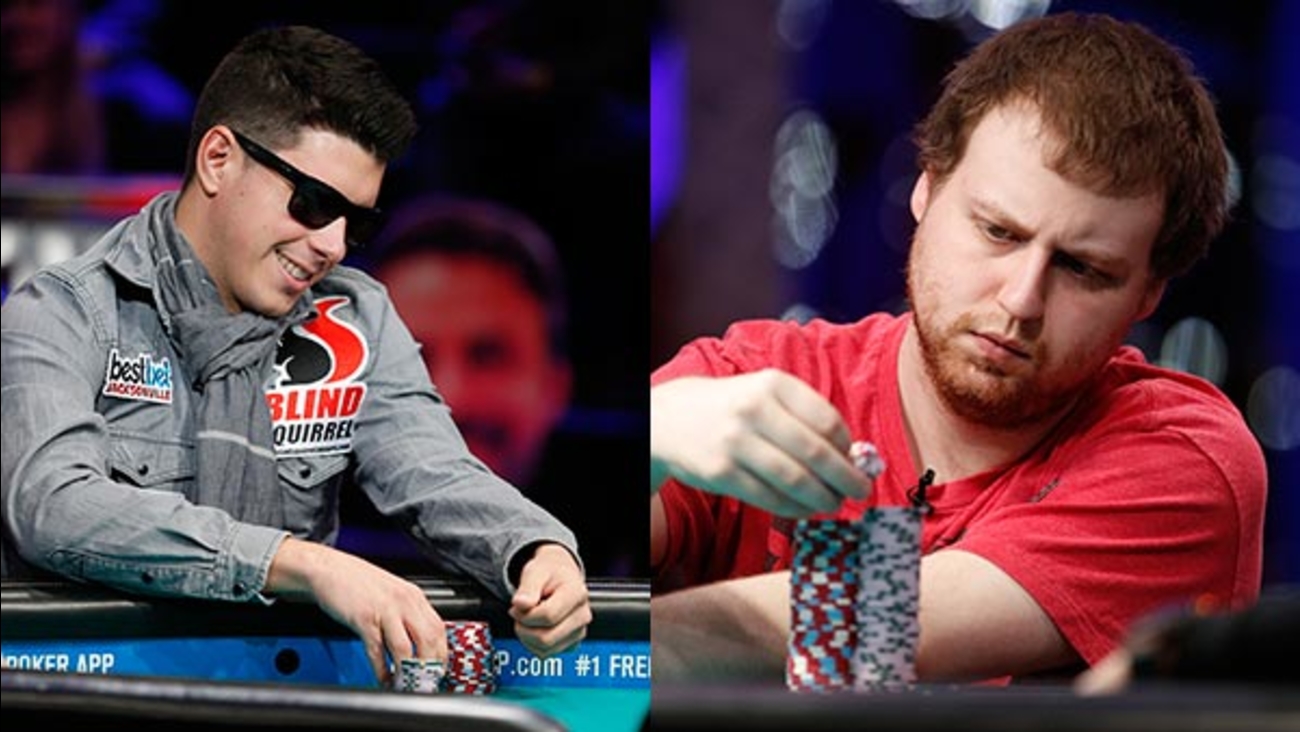 Two players from the Philadelphia area are among the final three in the World Series of Poker Main Event Final Table.

Thomas Cannuli of Cape May, New Jersey was the first player on day two to have his luck run out on his World Series of Poker dream.

The 23-year-old professional poker player who had a sizeable cheering section chanting for him and wearing "Holy Cannuli" T-shirts was knocked out with a pair of aces in the no-limit Texas Hold 'em tournament that ends Tuesday and promised $7.6 million to the winner.

Player Max Steinberg showed a pair of tens that quickly became an unbeatable three-of-a-kind when the dealer laid out the flop of community cards.

Cannuli gets $1.4 million for placing sixth.

They all last matched wits in July for the series' Main Event and returned to the Rio All-Suites casino-hotel in Las Vegas with their remaining chips for the final matchup. Each outlasted 6,420 entrants paying $10,000 each for the chance to win the no limit Texas Hold 'em event.

The final day of the World Series of Poker will air on ESPN Tuesday.