2020 NBA schedule: The must-see games of the restarted regular season 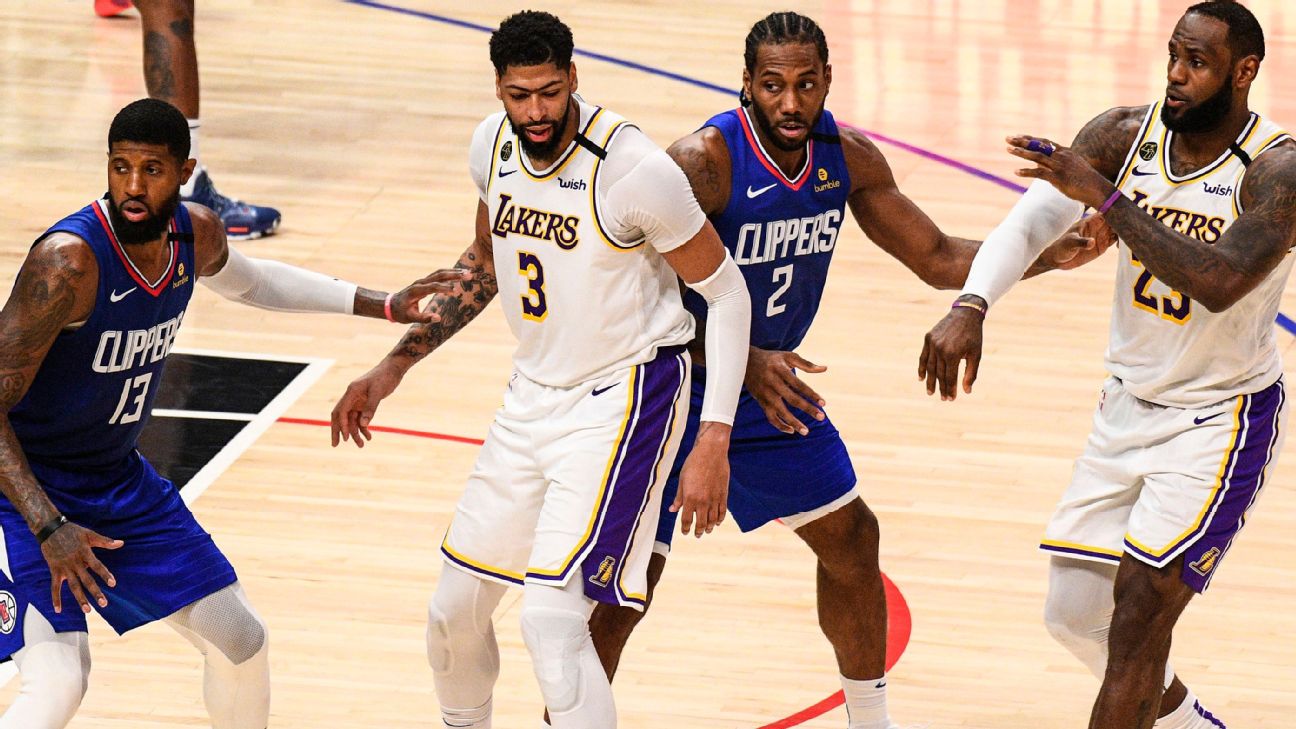 The 2020 NBA season restart is just two weeks away.

Each team will have eight regular-season games to help finalize playoff seeding, with the first two games being held on July 30 as the Utah Jazz face off versus theNew Orleans Pelicans,followed by theLA Clippers versus the Los Angeles Lakers. Players and teams will have roughly two weeks to secure their playoff seeds while knocking off any rust ahead of the postseason.


Here are 12 games we can't wait to see when basketball returns.

MORE:Everything to know for the NBA's 22-team restart

The Jazz have the utmost confidence that Rudy Gobert and Donovan Mitchell can successfully coexist as franchise cornerstones, but will there be any residual tension from Gobert's lack of concern for the novel coronavirus that preceded the news that he and Mitchell had both tested positive? It's unclear for now if star rookie Zion Williamson will miss any games after leaving the NBA bubble due to a family medical matter, but a matchup against two-time Defensive Player of the Year Gobert could be a must-watch on opening night.

While the atmosphere in Orlando, Florida, won't be the same as it would be at Staples Center, the intensity between these rivals figures to remain high in their final regular-season matchup. Though home-court advantage is no longer part of the equation, both teams will need to address chemistry as they ramp up for a long playoff run.

Can the Lakers replace Avery Bradley and Rajon Rondo while finding the same consistency they had before the stoppage? How do the Clippers look at full strength, and how will Doc Rivers balance the minutes on a deep roster?

Therace for theWest's eighth seed could come down to the fresh-faced Grizzlies against the playoff-seasoned Trail Blazers, who were conference finalists last season. The point guard matchup -- perennial All-Star Damian Lillard vs. Rookie of the Year front-runner Ja Morant -- should be particularly fun. Lillard leftthe game because of a strained groinwhenthese teams meton Feb. 12, and Morant's20 points and nine assistsledthe Grizzlies to a home victory.

Giannis Antetokounmpois fully recovered from a knee injury that gave him some trouble prior to the suspension of the season. His first chance to knock off more than four months of rust will be against the Celtics, a potential playoff foe. With a 6-game lead over the second-place Raptors, the Bucks can use the restart as a kind of preseason.

The Celtics don't have that luxury, sitting just 2 games in front of Miami as both teams try to avoid a showdown with the Bucks in the conference semifinals. Jayson Tatum scored 28 or more points in seven of his nine games following the All-Star break and will look to pick up where he left off.

This matchup should give us a look at Nuggets All-Star big man Nikola Jokic, who, before a positive COVID-19 diagnosis, had lost 40 pounds and transformed his body during the league's hiatus. For Denver, it will be interesting to see what kind of lift young Nuggets forward Michael Porter Jr. gives a team in need of another push behind Jokic and Jamal Murray.

As for the Heat, this no-frills environment is made for Jimmy Butler to turn in some great performances. With Butler, Bam Adebayo and the playoff experience of trade-deadline addition Andre Iguodala, the Heat have the ability and the confidence to make waves in the East.

The passive-aggressive jabs exchanged by Houston's James Harden and Milwaukee's Giannis Antetokounmpo over the past year give this matchup a juicy subplot, but watching Harden attempt to figure out how to attack the league's premier defense will be the main attraction.

Milwaukee's plan for guarding Harden -- having his primary defender straddle his left hip, taking away his step-back jumper and daring him to drive into the trees -- has been successful. He has averaged 28 points (on 34.8% shooting) in the Rockets' three losses to the Bucks over the past two seasons, but Harden has refused to give Milwaukee credit for containing him, saying he simply missed shots.

Former AAU teammatesZion Williamsonand Ja Morant have quickly established themselves as two of the NBA's most entertaining talents. Williamson used the hiatus to "go back to square one," while Morant says he added 12 pounds, so this potential rematch would be no exception.

The fight for the West's last playoff seed has potential for high drama during the eight-game wrap-up of the regular season and a potential play-in scenario.

Could the Rockets pose a threat to the West favorite Lakers?

After acquiring Robert Covington at the trade deadline, Houston debuted its small-ball lineup in a win at Staples Center the previous time these teams met. The micro lineup started out strong, but fatigue began to wear on the Rockets before the season was halted. The Clippers exploited the height mismatch by beating Houston on the boards. Will Frank Vogel take his co-tenants' lead and stick with his centers? Did the layoff give the Rockets enough time to recover?

Will this be an Eastern Conference finals preview for the second year in a row? The Raptors have kept on rolling withoutKawhi Leonard, as Pascal Siakam, Kyle Lowry and a roster full of hard-nosed players get the chance to repeat as champs in this unique environment.


The Bucks are 6 games clear of the Raptors in the East, but if Milwaukee wants to send an early message, it will get a chance to show that this year could be different. It will be interesting to see how hard coach Mike Budenholzerdecides to push his veteran roster as this group starts what it hopes will be a long stay at Disney.

The Sixers come into the restart looking to script the kind of ending they expected they could achieve when the season started. Their play so far this season has been underwhelming, but Philadelphia heads into the bubble with a presumably healthy Joel Embiid and Ben Simmons. Coach Brett Brown has beenplaying Simmons "exclusively" at power forward in practices inside the bubble.

The Raptors come into the restart after some much-needed rest, presumably healthy and ready to prove they can make another title run without Kawhi Leonard. Not only is this a rematch of last season's seven-game Eastern Conference semifinals, it's a meeting of two teams that feel they have a lot to prove in Orlando.

The Rockets felt comfortable committing to small ballbecause the list of NBA big men who are threatsto dominatein the low post is short. Fortunately for the 76ers, Joel Embiid is at the top of that list. Can the perimeter-oriented Rockets capitalize on forcing him out of his comfort zone as a rim protector enough to make up for the punishment Embiid will dish out down low?

Embiid and Russell Westbrook, two of the league's most entertaining personalities, also have a trash-talking history, so there is always potential for fireworks whenthey meet.

This is each team's final regular-season game, so it could have significant implications for the West playoff bracket. Paul George and Shai Gilgeous-Alexander, the marquee players who were traded for each other in a blockbuster deal last year, will face their former teams for the final time before the postseason. Then again, if the Clippers are locked into the No. 2 seed, it wouldn't come as any surprise if they rest George and Kawhi Leonard in preparation for the playoffs.

One person to keep an eye on is Andre Roberson, as the Thunder guard participated in the team's first practice in the bubble. For Roberson, it's been 2 years since he has played in an actual game, and he could find minutes in an evolving Oklahoma City rotation. 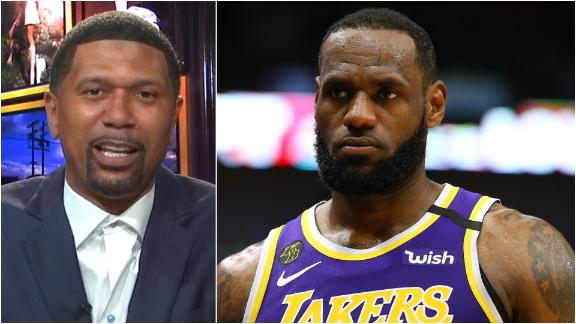