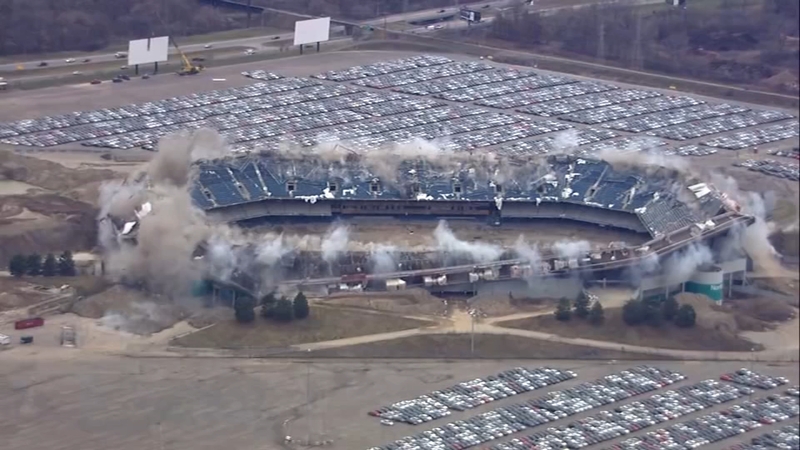 PONTIAC, Mich. -- The second time was the charm for a partial implosion of the Pontiac Silverdome - the former home of the Detroit Lions.

Demolition company Adamo brought down the upper section of the Silverdome on Monday, one day after some explosive charges failed to detonate. Company officials said wiring issues were the culprit of Sunday's failed attempt, which disappointed thousands of onlookers who'd braved cold temperatures in hopes of seeing a dramatic collapse.

The Lions played at the suburban Detroit facility from 1975 through 2001. The Silverdome also was the home of the NBA's Detroit Pistons and hosted the Super Bowl in 1982.