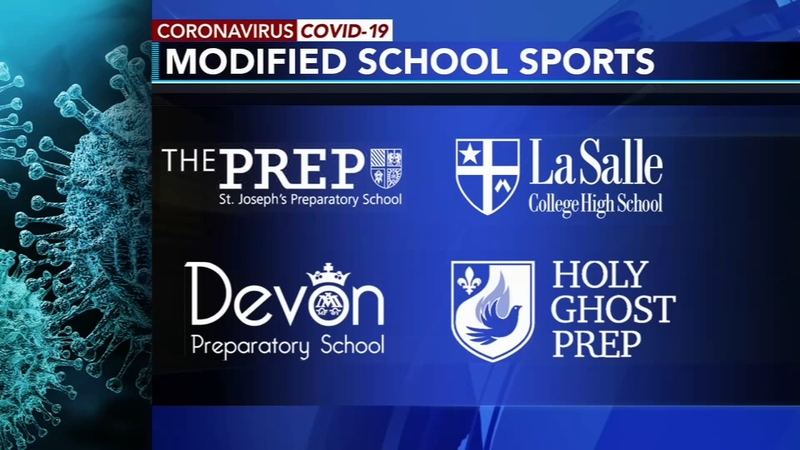 PHILADELPHIA (WPVI) -- Three independent Catholic high schools, who compete in the Philadelphia Catholic League, said they are moving ahead with some fall sports, despite the decision from the Archdiocese of Philadelphia to opt-out of the season.

According to a Friday news release, St. Joseph's Prep, Devon Prep and La Salle College High School have agreed to play a modified fall league schedule. It will also include Holy Ghost Prep, which is not a part of the league.

NO FALL SPORTS: Families and students of the 17 Archdiocesan high schools in the Philadelphia region received official notice about fall sports.

All four schools will compete in cross country, golf, and soccer, while the Prep and La Salle are strongly committed to finding a way to play football this fall, officials said.

The possibility of rowing scrimmages is still an option.

The governing body for Pennsylvania interscholastic sports decided Friday to move forward with the fall season.

"While we respect the decision of the Archdiocese of Philadelphia, we believe that we can offer athletic opportunities for our student-athletes in a safe, controlled manner," says Dan DiBerardinis, Prep Athletic Director. "Utilizing our Return to Play protocol, which was approved by the Pennsylvania Department of Education and the Philadelphia Department of Health and endorsed by the PIAA, we feel strongly that a fall sports season can be done safely. We will take every precaution to ensure that all of our coaches and players are following strict protocols."