6 things to know for WWE Battleground in Philly

PHILADELPHIA (WPVI) -- The WWE is in Philadelphia Sunday night as the Wells Fargo Center hosts the men and women of the squared circle.

Here are six things you should know before the show starts:

1. The event is called WWE Battleground
While WWE's premiere events began in the 1980s - WrestleMania has been around since 1985, Survivor Series since 1987, and Royal Rumble and SummerSlarm since 1988 - Battleground is a fairly new event, debuting in October 2013.

2. The return of the Punjabi Prison
The WWE Championship will be defended in a match called the Punjabi Prison. The champion Jinder Mahal will put his title on the line against number one contender Randy Orton. In this type of match, the wrestling ring is surrounded by a cage - rather, four walls of bamboo. That obstacle is then surrounded by another larger structure. The first man to escape both wins the match and the championship.

3. John Cena's in-ring return since WrestleMania
WWE's most popular and recognized star John Cena has not laced up his boots since April's WrestleMania when, after winning his match, he proposed to girlfriend Nikki Bella in the middle of the ring. Sunday will mark Cena's first pay-per-view match since that memorable night in Orlando. Cena faces Rusev in a Flag Match, meaning the first man to reach his respective flag which is situated in opposing corners wins.

4. AJ Styles' phenomenal pregame workout
AJ Styles is currently the WWE's United States Champion and will be defending the title against Kevin Owens. Prior to heading to the Wells Fargo Center, Styles made a stop at Citizens Bank Park to throw out the first pitch before the Phillies game.

The current @WWE United States champion @AJStylesOrg is in the building! 💪 pic.twitter.com/ggiCErdUdh

The US Champion, decked out in a Phillies jersey, threw the ball over the plate to Nick Pivetta.

Now, Styles, whose signature move is the Phenomenal Forearm, is certainly ready for his match.

6. From July to January, Philly is a hotspot for WWE
Not only is Battleground, the final pay-per-view stop on the road to WWE's SummerSlam, is in Philadelphia, but in January, all eyes of the wrestling world will be back on Philly again. That's because WWE will be holding its Royal Rumble event at the Wells Fargo Center on Sunday, January 28. Besides the Rumble event, Philly will also be the location for WWE's developmental league event NXT TakeOver: Philadelphia on January 27, as well as the weekly television shows Raw and Smackdown, the Monday and Tuesday following the Rumble.

So beginning Sunday night with WWE Battleground, Philly is ready to rumble!

If you can't make it to the Wells Fargo Center, you can watch WWE Battleground on the WWE Network. 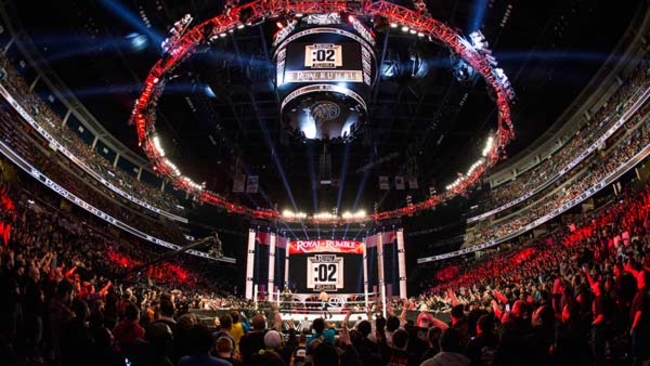 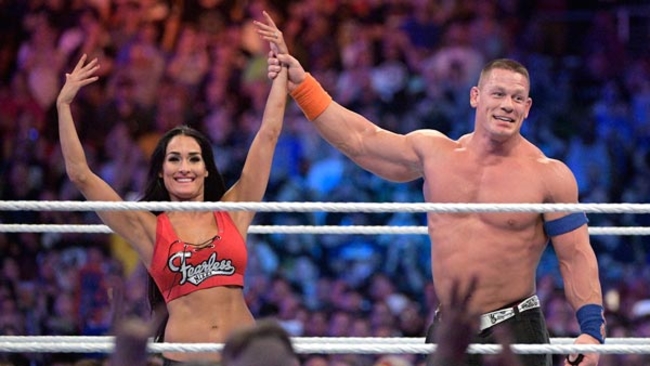