Philadelphia 76ers dance to 'Juju on that Beat,' as Kelly Ripa prepares 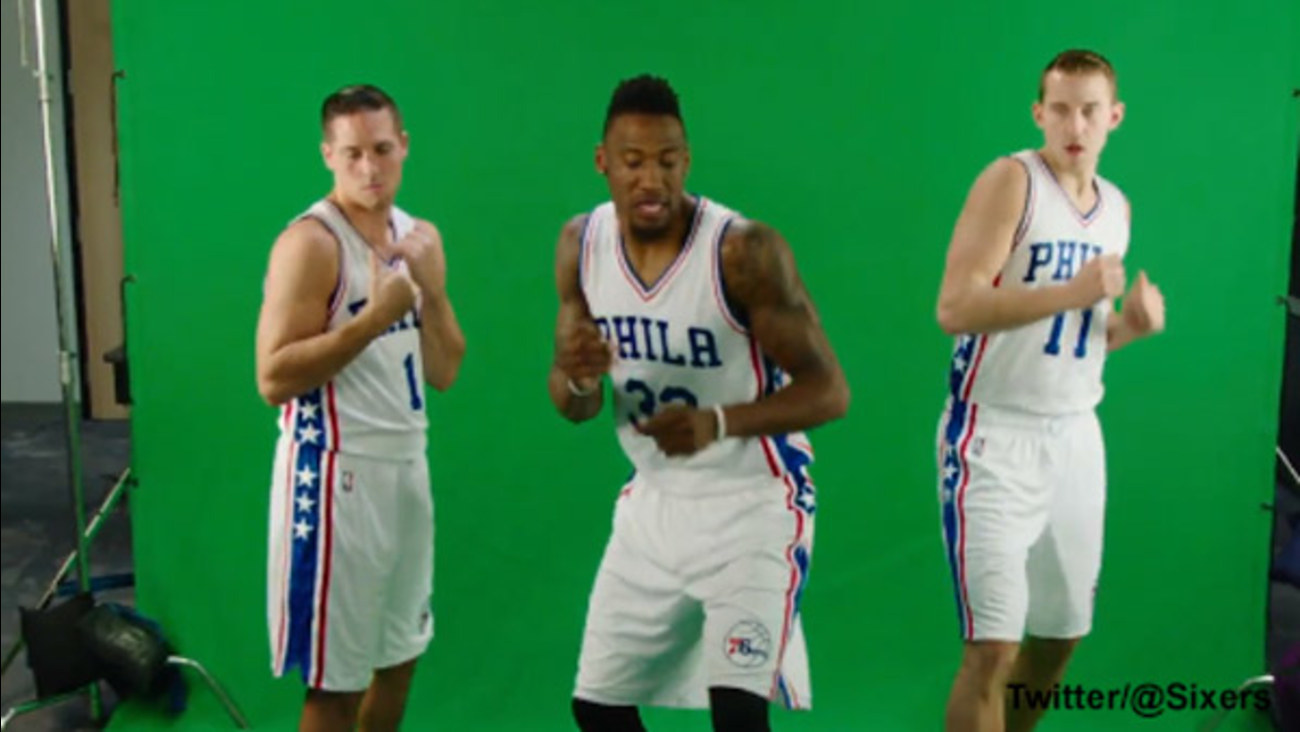 PHILADELPHIA (WPVI) -- The Philadelphia 76ers are getting into the latest dance craze taking over social media and the results are amazing.

T.J., Roco, and Sauce did their best to keep up with the song's lyrics.

But once Stauskas' showed his intense running man, McConnell could not stop laughing, but tried his best to recover.

TJ, RoCo and Sauce on that beat.

The three 76ers stars were joined in the video by mascot Franklin, who had the best version of the dance on the internet for a blue dog yet.

The masterminds behind the catchy rap will join Kelly Ripa and singer Ciara on Wednesday's 'Live with Kelly.' They will perform the song and teach the hosts the dance moves. Though, Kelly has already been practicing.