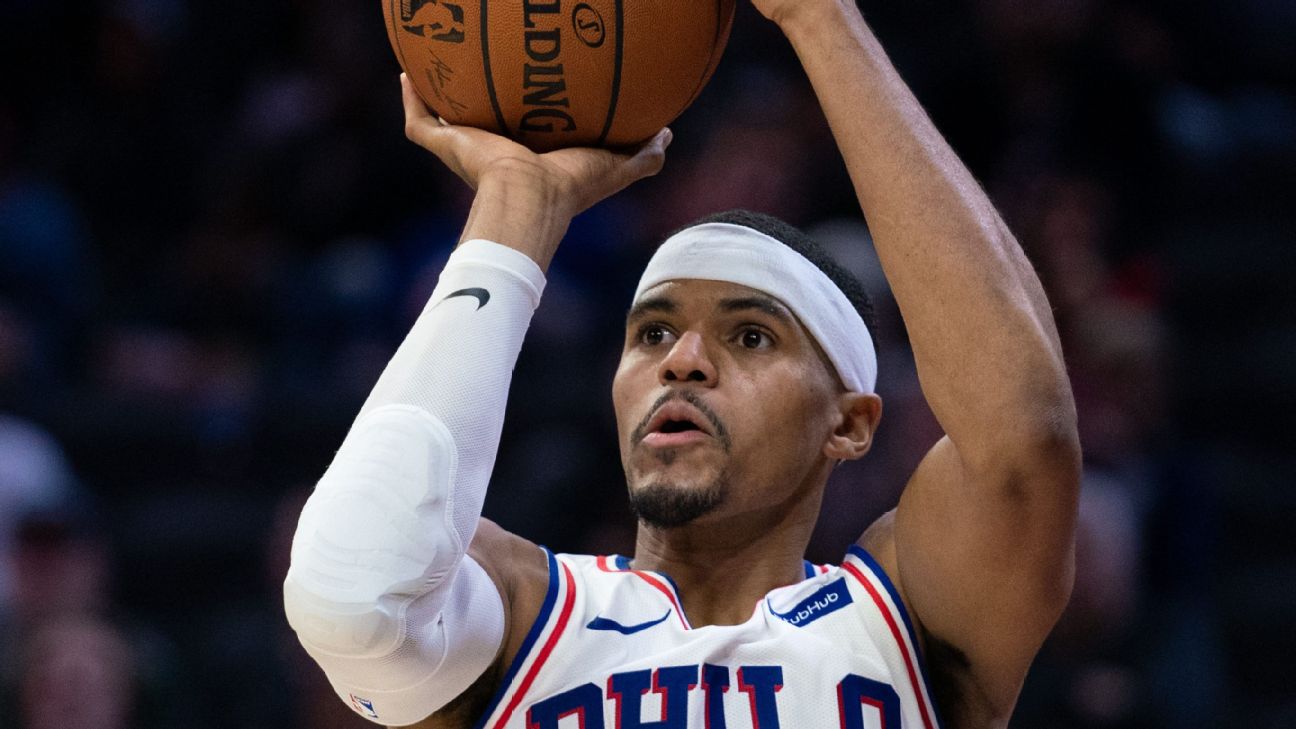 PHILADELPHIA -- After agreeing to return to the Philadelphia 76ers as a free agent this summer, Tobias Harris wanted to find a way to make an impact in the city he now will be calling home for the foreseeable future.

He wound up creating a unique way to do so, which he unveiled Tuesday afternoon: donating a total of $1 million to nine different charities -- more than $600,000 of which went to charities based in Philadelphia -- in a "community draft" that was held at Mastery Prep Elementary School.

"We need our community, we need our city to be behind us," Harris said. "And we have to empower our city and kids, young kids who look up to us as athletes, as basketball players.

"I want them to also know it's not just what we do on the court, [but] show them there's love that goes right back off the court [by] doing things like this, and letting them know there's a lot of things that I'm really focusing on outside of basketball for our youngsters and our youth and our young up-and-comers in the world."

Harris counted down from 9 to 1, with each charity being honored and given a donation. In order: Team Up Philly and Wyandanch High School each received $25,000; Sunbooks and True Love Mission each received $75,000; the Foundation for Orange County Public Schools, the Legends Academy and The Fund for the School District of Philadelphia received $100,000 each; Read By 4th received $200,000; and The Center for Black Educator Development, the "top pick" in the draft, received $300,000.

Sharif El-Mekki, the founder and CEO of The Center for Black Educator Development, said Harris' donation would allow his program to expand from its current two schools to four starting next July.

"For someone of this stature in the community to see your vision, see it being implemented and say, 'I believe in that, I want to support you,' it's just deeply humbling," El-Mekki said while holding the large cardboard check commemorating the donation.

The Center for Black Educator Development is both a teacher apprenticeship program for high school and college students and a literacy program for first-, second- and third-graders, who are taught by the prospective teachers in a six-week program. El-Mekki retired from 26 years in teaching last year to operate the program on a full-time basis.

"People are serious about making an impact in the world," El-Mekki said. "I'm just really grateful, and it reinvigorates and reinspires the work we already have."

The focus on literacy resonated with Harris, who almost always has a book in his locker in the Sixers' locker room. Several of the programs involved Tuesday are directly related to childhood literacy.

"Reading is huge," Harris said. "I truly believe knowledge is power, and I want really kids to understand ... [it] is OK to walk around with a book, and being OK with reading. That [reading] is cool. You don't have to think that isn't cool, and that education isn't cool.

"We really want our kids, and our youth, to understand that one, knowledge is power, and two, you don't have to be shy about being educated, and being ahead of the learning curve."

Harris said he and Latria Graham, the president and CEO of Graham Leak Branding, spent several months figuring out which charities he wanted to work with, and that he was happy the majority of the money would be going to programs in Philadelphia.

"This is a place I want to make home for me," Harris said, "being here and playing here."

As for the idea of doing it as a draft? Harris said that came out of a brainstorming session. And, once it got in his head, it stuck.

"I said, 'That's a good idea. Let's do a draft, like an NBA draft,'" he said. "It was really cool how it worked out."
Report a correction or typo
Related topics:
sportsespnphiladelphia 76ersnbatobias harris
Copyright © 2020 ESPN Internet Ventures. All rights reserved.
More Videos
From CNN Newsource affiliates
TOP STORIES