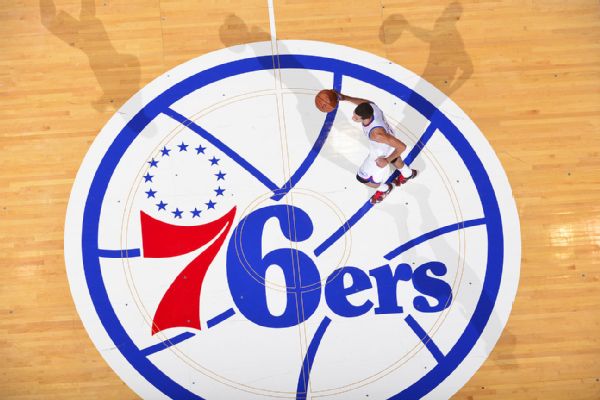 The NBA's transition from Adidas uniforms to Nike continues, as the Philadelphia 76ers on Tuesday became the league's latest team to unveil new uniform designs.

The new white and blue uniforms -- both of which, in keeping with the league's new rules, can be worn either at home or on the road -- are similar to the team's previous designs. The primary difference is that a thin red drop shadow has been added to the chest marks and numbers.

In addition, the phrase "Brotherly Love" has been added toward the jersey hemline. This element will not be visible during games, however, because NBA players are required to tuck in their jerseys.

The jerseys also include a StubHub advertising patch as part of the league's new three-year pilot program that allows teams to sell ad space on their jerseys. The Sixers were the first NBA team to strike such a deal, announcing their partnership with StubHub more than a year ago, although the patch will not make its on-court debut until this fall. Nine other teams have announced similar deals, with more expected by the start of the season in October.