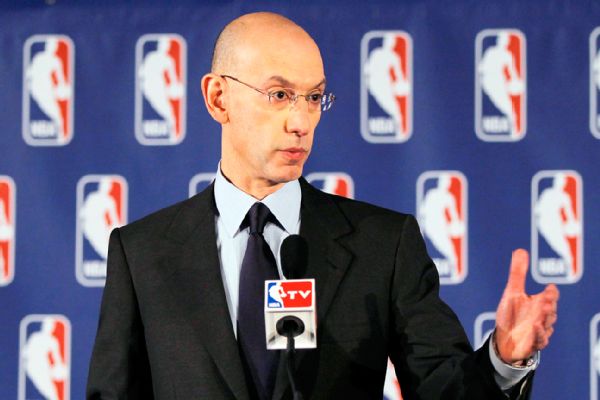 MEXICO CITY -- On the 25th anniversary of the first regular-season games played in Mexico, commissioner Adam Silver said fans can expect the NBA to bring more contests into the country, while adding the league is also exploring the possibility of adding a franchise in Mexico City, as well as a Development League team in Monterrey, Mexico.

Silver addressed the media ahead of Saturday's matchup between the San Antonio Spurs and Phoenix Suns at Arena Ciudad de Mexico. The Dallas Mavericks defeated the Suns on Thursday in the first of the two-game set, which marks the first time the NBA has played two regular-season games in Mexico during the same season.

"In terms of a franchise in Mexico City, it's something that we're going to look at," Silver said. "This is a competitive market, well over 20 million people. While we have no immediate plans to expand the NBA, one of the things that we look at is whether expanding would be additive to the league as a whole. Clearly coming to Mexico City just because of the huge population here in Mexico but in essence as a gateway to the rest of Latin America could potentially be very important to the league. You clearly have a beautiful state-of-the-art arena here, and you can tell by ticket sales that we have the interest. So that's something that we will continue to look at."

Attendance Saturday was 20,532, a sellout. NBA officials said it was the largest crowd to attend an NBA game in Mexico.

Silver mentioned that one of the most important factors in bringing the NBA abroad is whether the host city's venue can support the teams. Silver pointed to Arena Monterrey in Monterrey, Mexico, as being a "state-of-the-art facility" that could host a D-League team in the future.

Raul Zarraga, managing director of NBA Mexico, said Thursday that it's time for the country to start developing NBA-caliber players and the league needs "to work more closely with local authorities to see how we can grow the basketball professionally to find new players that in the future can play in the NBA." Silver agreed, saying the plan now is to start an NBA development academy in Mexico.

Mexico already has a development academy, but Silver wants to explore putting together an academy sanctioned by the league, similar to what the NBA has done in other countries. The NBA and Basketball Australia announced in November the launch of the NBA Global Academy, an elite training center expected to serve as a hub for top international prospects from around the world. The NBA also has recently revealed plans to open academies in China, India and Africa.

"I think the next step before we start talking about a franchise in Mexico City is to bring more games here. Of course we've had these two regular-season games, and whether we bring additional regular-season games in the next season or do some sort of tournament where you bring over a group of teams and they all play each other in some format -- that's something that we're looking at," Silver said.

"One other factor is, in order to grow basketball in Mexico, we realize we need to ensure that NBA-caliber players are coming from this market. So just as we look at other markets throughout the world, we're going to look to open an academy here in Mexico because there's a lot of great basketball being played at a young level. You have some fantastic 12-, 13-, 14-, 15-year-olds. But what happens when the players get to be 15, 16 years old, unless they've played against other top players, unless they play top-notch competition, they never advance to NBA-caliber players. So we're looking at situations around the world and realize that in certain cases there's more that we the NBA can do by coming into markets like Mexico and helping to bring together the very best players, and having them play against each other and then maybe travel when they're not in school in the summers so they'll have the opportunity to play against other great players around the world."
Related topics:
sportsespnfranchisedallas mavericksmexico citydevelopment league teammonterreyphoenix sunsnbaadam silversan antonio spurs
Copyright © 2022 ESPN Internet Ventures. All rights reserved.
TOP STORIES
2 shot dead after trying to break into South Philly home: Police
At least 46 bodies found in 18-wheeler in San Antonio
Check out live music, light shows at Longwood Gardens Summer series
AAA projects record-breaking holiday travel, gas prices
Man who allegedly shot driver following crash found guilty by judge
3 dead, at least 50 injured after Amtrak train derails in Missouri
11-year-old girl in South Jersey dreams of playing in the MLB
Show More
Local musician goes viral for uncanny Michael Jackson impersonation
AccuWeather: Drying Out Tonight; Comfortable Air Arrives Tuesday
"Greatest act of love:" Funeral held for fallen Philly firefighter
How overturn of Roe v. Wade could transform political landscape in Pa.
10-year-old brothers save dad from drowning in Alabama
More TOP STORIES News