Adrian Beltre out at least 2 weeks with thumb injury 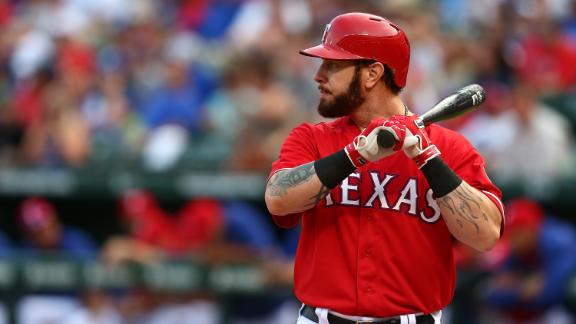 ARLINGTON, Texas --Rangers third baseman Adrian Beltre will be out at least two weeks after he left Sunday's game with a sprained thumb.

Beltre, who had two hits and two RBIs against theBoston Red Sox, suffered the injurysliding into second base in the fifth inning.

X-rays were negative, and team physician Dr. Keith Meister diagnosed a sprain after examining Beltre. The third baseman, who was being fitted for a splint, also needed four stitches for a cut he sustained on the play.

The Rangers are off Monday before beginning a three-game series against the Chicago White Soxon Tuesday.

Beltre, who had singled in the inning, slid into second trying to break up a double play. After being called out, Beltre stayed on all fours for about a minute while grabbing his thumb.