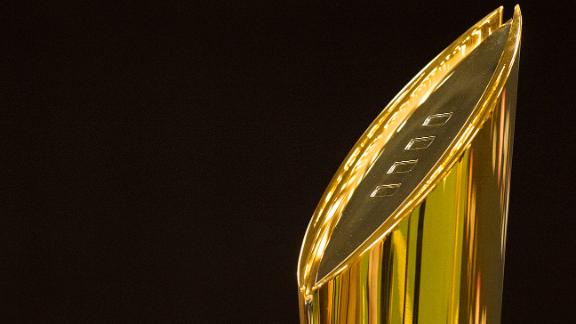 The SEC is brutally competitive again while the Big Ten is not, according to odds to win the Power 5 conference championships posted Monday in Las Vegas.

Sportsbook operator CG Technology opened the Ohio State Buckeyes as overwhelming 1-2 favorites to win the Big Ten. Urban Meyer's loaded squad is the only odds-on favorite in the Power 5 conferences. Michigan State, at 13-4, and Wisconsin, at 8-1, are the only other teams with a better than 10-1 chance of winning the Big Ten crown, according to the book.

TCU is favored in the Big 12, the only power conference without a championship game. The Horned Frogs are 17-10, followed by Baylor at 5-2.

The odds will open Monday at all CG Technology books. CG Technology operates the books at the Venetian, Cosmopolitan, Palms and M Resort, among others. Opening limits are to win $5,000.

You'd have to bet $10,000 to win $5,000 on the heavily favored Buckeyes, who return 14 starters off of last season's championship squad. Ohio State is a 14-5 favorite to repeat as national champion. Alabama is next at 17-2 to win the second College Football Playoff.

Auburn has improved from 20-1 to 10-1 to win the national championship. Jim Harbaugh's Michigan Wolverines have gone from 100-1 to 50-1. Next week, CG Technology will release season win totals on approximately 50 college football teams, and in late June it will release a batch of season props, according to vice president of race and sports Jason Simbal.

The Golden Nugget sportsbook will release point spreads on its college football games of the year lines July 26.