Alabama coach Nick Saban: I voted with an absentee ballot 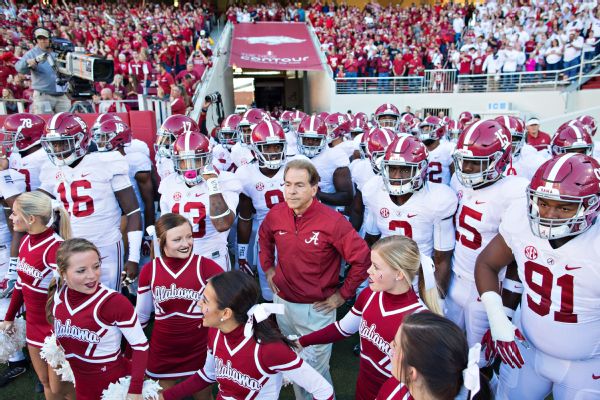 TUSCALOOSA, Ala. -- Alabamacoach Nick Saban says he forgot about Election Day, not about voting.

The top-ranked Crimson Tide's coach said after Saturday's 51-3 win againstMississippi State that he had an absentee ballot. The comment came in response to an unrelated question.

On Wednesday, Saban responded to a question about the presidential election by saying that he "didn't even know yesterday was Election Day."

He also added that, "It was so important to me that I didn't even know it was happening. We're focused on other things here."

Saban says he never said he didn't vote but that his remarks were blown up into a big story.

He says Tuesdays are the busiest day of the week for the coaches.