Alabama LB Ryan Anderson: 'We do feel like we're underdogs' 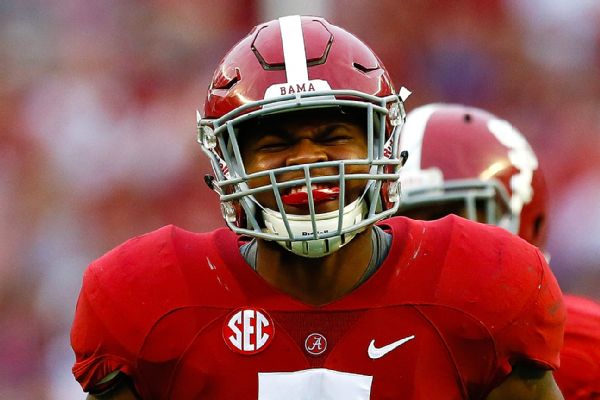 TAMPA, Fla. -- Despite being almost a touchdown favorite over No. 2 Clemson entering Monday's College Football Playoff National Championship presented by AT&T, some Alabama players say they don't feel as though they are the championship front-runner.

Pressed on exactly why Anderson, who led the nation's top-ranked defense with 17 tackles for loss and had eight sacks this season, thought Alabama wasn't getting the respect he felt a team that's been ranked No. 1 since the preseason deserved, he didn't care to dive into details, but some of his teammates did.

Linebacker Tim Williams said watching or reading some forms of media has rubbed him the wrong way lately because he is starting to see some people talk more about how Clemson, who lost 45-40 to the Crimson Tide in last year's national title game, could beat Alabama. Talk of the Tigers winning "makes [him] mad watching it."

Williams compared media talk of a possible Clemson win to boxing promoters pushing a fight. And now Alabama is getting some underdog treatment in his eyes.

"[The media] is selling us as possible underdogs, possible upset," said Williams, who is second on Alabama's team with nine sacks. "We know what we have to come out there and do at the end of the day -- put the cleats on.

Alabama tight end O.J. Howard, who had a breakout game with 208 yards and two touchdowns against the Tigers last year, said it's strange to hear underdog talk surrounding Alabama, but he isn't surprised that some of it has arrived with the sudden departure of offensive coordinator Lane Kiffin and promotion of former offensive analyst Steve Sarkisian.

Howard also understands that people could now be wary of an Alabama team that had one of its sloppiest offensive performances in last week's 24-7 win over No. 4 Washington in the College Football Playoff semifinal at the Chick-fil-A Peach Bowl. The Tide had 25 negative plays against the Huskies, while freshman quarterback Jalen Hurts threw for a season-low 57 yards.

"It's kind of a slap in the face when you do something well all year and then your parents give the gift to your little brother and he just got an F on his test," he said.

Defensive seniors Jonathan Allen and Reuben Foster said they are blocking out any sort of negative noise that could creep into a team that has had to deal with a mountain of distractions since the win over Washington. Williams said talk of a new offense under Sarkisian or how the team has handled that transition have been distractions the team has had to handle.

"It doesn't really matter what anybody else outside of this program truly thinks about what's going to happen Monday night," Allen said.

Williams and Howard both said that they have tremendous respect for Clemson, but some of the outside talk concerning Alabama has been tiresome. They say players are tired of answering questions about Kiffin and how the offense could change Monday night. The thought of a possible Alabama loss has guys ready to get away from microphones and cameras and finally take the field inside Raymond James Stadium.

"I kind of want to walk out right now and play," cornerback Minkah Fitzpatrick said.

With Saturday's media day being the last time players will speak before Monday's game, they can turn their entire focus to Clemson. Williams said this team has handled criticism well and has been "engineered" to mostly block everything out that's said outside the locker room.

Williams said the fact that Alabama has been in this position numerous times under Nick Saban has helped them prepare, noise and all. 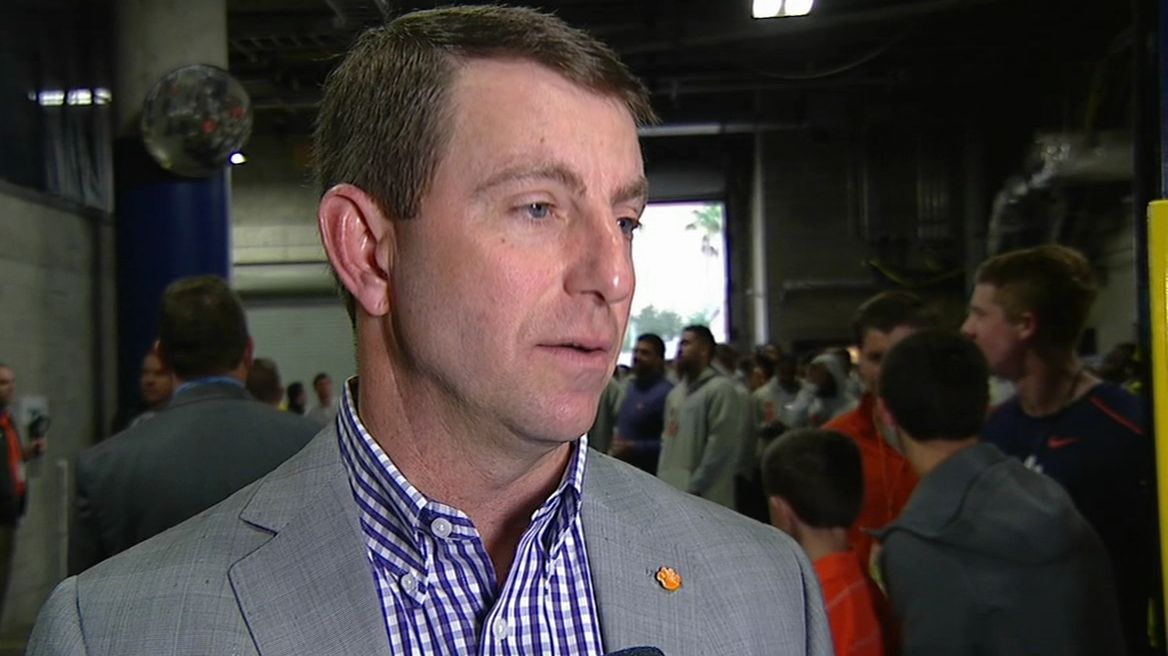