Alex Rodriguez returns to third base 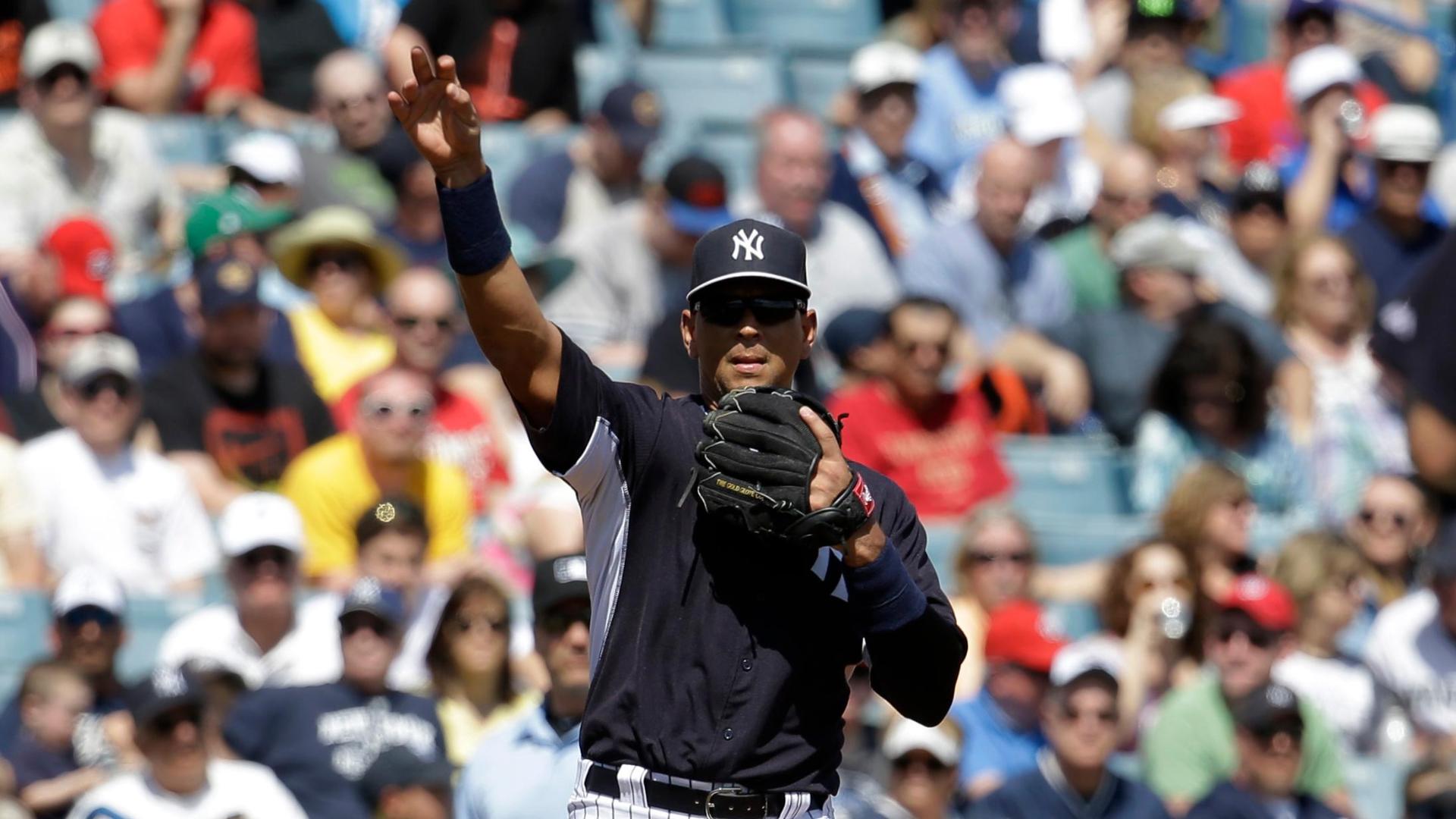 ESPN
By Andrew Marchand
TAMPA, Fla. -- After a year off due to suspension, following two hip surgeries and with his 40th birthday around the corner in July, Alex Rodriguez was just fine with having only one grounder hit his way in his first spring game at his old position, third base.

"It is not going to be an Ozzie Smith year," Rodriguez said in reference to his range.

Rodriguez acted as if he felt a little unfamiliar with his old surroundings, a position he hadn't manned since Sept. 10, 2013.

"It felt like 10 years, at least," Rodriguez said. "I still can't believe I had to throw the ball that far across the diamond. It is a long ways."

Rodriguez cleanly fielded the one ball hit his way and threw accurately in his five innings of action. At the plate, he was credited with a double in one of his two at-bats, but it was a high popup that fell between two Washington Nationals fielders. Rodriguez struck out in his other at-bat and is 2-for-6 in the spring.

He will serve as the designated hitter Monday, which will be the first time he will play back-to-back games.

While the lack of action in the field gave little insight into Rodriguez's fitness, his comments and ones by manager Joe Girardi made it clear that his defensive ceiling is not a high one. The Yankees know what Rodriguez's past is and realize he will likely not be too adroit in the field.

"Pretty much like we expected," said Girardi when asked to assess how Rodriguez is moving. "We understand he is not 25 years old."

Girardi said his plan is to play Rodriguez a little in the field but really to get him as many at-bats as possible as the designated hitter. This seems A-OK with A-Rod, who said he doesn't have much faith in his range.

"I wouldn't expect too much movement," Rodriguez said. "My expectation is if a ball is hit to me, catch it and throw to first."

The Yankees re-signed third baseman Chase Headley to a four-year, $52 million contract earlier this winter to start at the position, creating an odd juxtaposition for Rodriguez.

New York also plans to try Rodriguez at first base -- a position he has never played before. He possibly could backup Mark Teixeira there.

Mostly, if Rodriguez remains on the active roster, he could be a DH, perhaps predominately against left-handed pitching.

"I'm going to train as hard as I can to give Joe as many options as possible," Rodriguez said. "Maybe Chase needs a blow or Tex. When my number is called, I'll be ready."

In the third inning Sunday, with two outs and two men on, Tyler Moore bounced a ball to Rodriguez's right. Rodriguez backhanded the ball, clutched it in his glove for a moment to find the right grip and threw softly and accurately across the diamond to end the inning.

In his first at-bat Sunday, Rodriguez hit a relatively high popup toward the foul line in right field. Washington right fielder Clint Robinson and second baseman Wilmer Difo couldn't decide who should catch the ball, allowing it to drop and bounce into the stands for a ground-rule double.

Rodriguez is owed $61 million over the next three years. The Yankees have yet to show any inclination to release the three-time MVP, instead taking a wait-and-see approach as they evaluate what he has left. General manager Brian Cashman repeatedly has said the Yankees are hoping for the best but preparing for the worst with Rodriguez.

Rodriguez has not played a full season since 2007 because of the suspension, operations on both hips and other injuries. 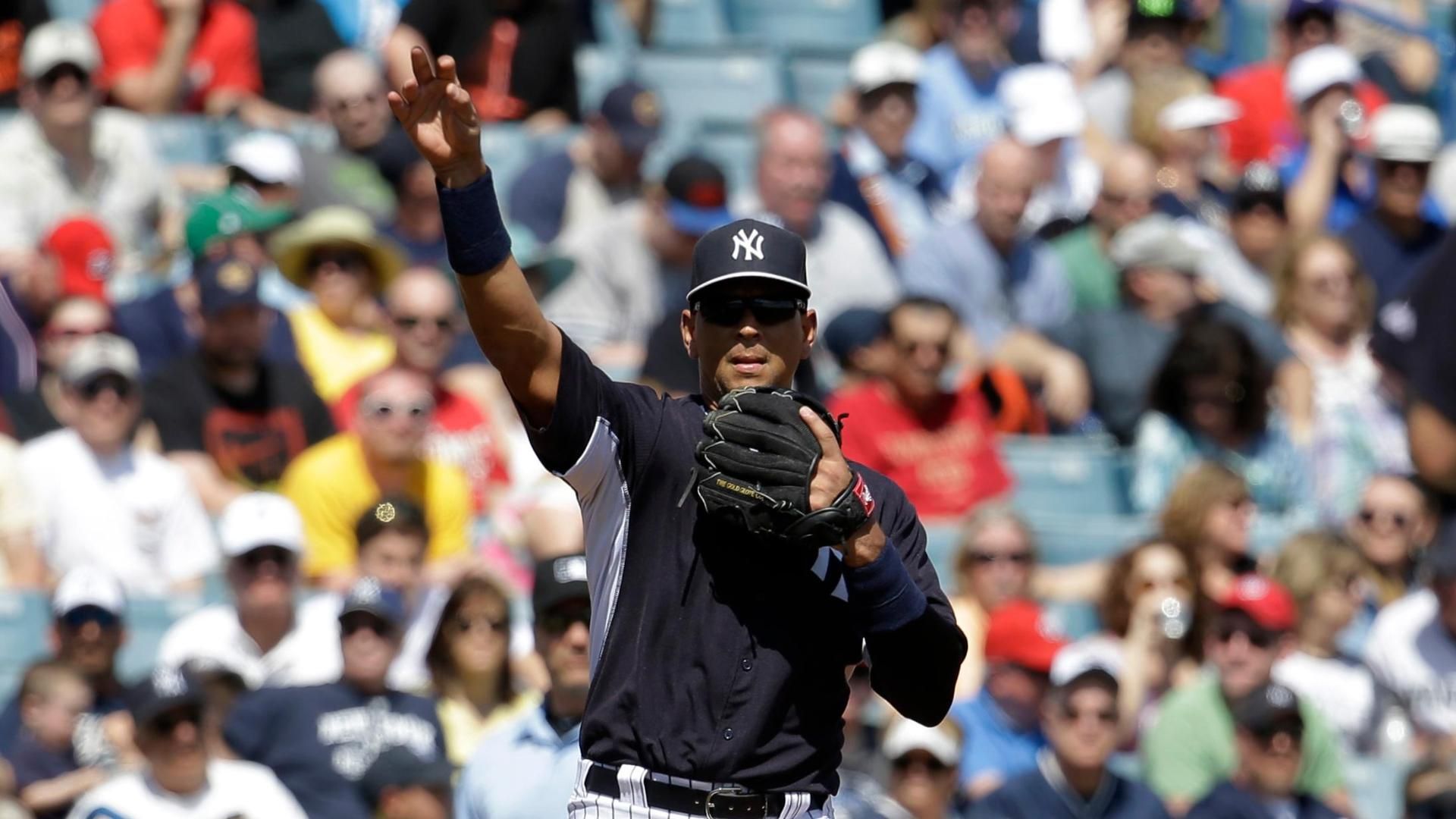 A-Rod Gets Start At Third Base
Andrew Marchand evaluates Alex Rodriguez's start at third base and his performance so far in spring training.

Hall Of Fame 3B Schmidt On A-Rod
Hall of Fame 3B Mike Schmidt explains what he would like to see from Alex Rodriguez during spring training and his expectations for Rodriguez this season.
Related topics:
sportsespna rodchase headleywashington nationalsalex rodrigueznew york yankees
Copyright © 2020 ESPN Internet Ventures. All rights reserved.
More Videos
From CNN Newsource affiliates
TOP STORIES