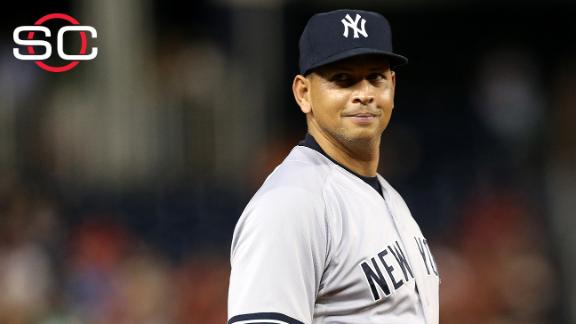 New York Yankees slugger Alex Rodriguez tied Babe Ruth for fourth on the all-time MLB RBIs list by driving in the 1,992nd run of his career on Friday.

Because RBIs were not considered an official statistic until 1920, there is some discrepancy as to how many RBIs Ruth should be credited with. However, Elias Sports Bureau, the statistician of Major League Baseball, has Ruth at 1,992 for his career.

Rodriguez could be alone in second on the all-time list by the end of the weekend. He is one behind Lou Gehrig (1,993) for third on the list and four behind Barry Bonds (1,996) for second. Hank Aaron, according to Elias, is the all-time leader, with 2,297 career RBIs.