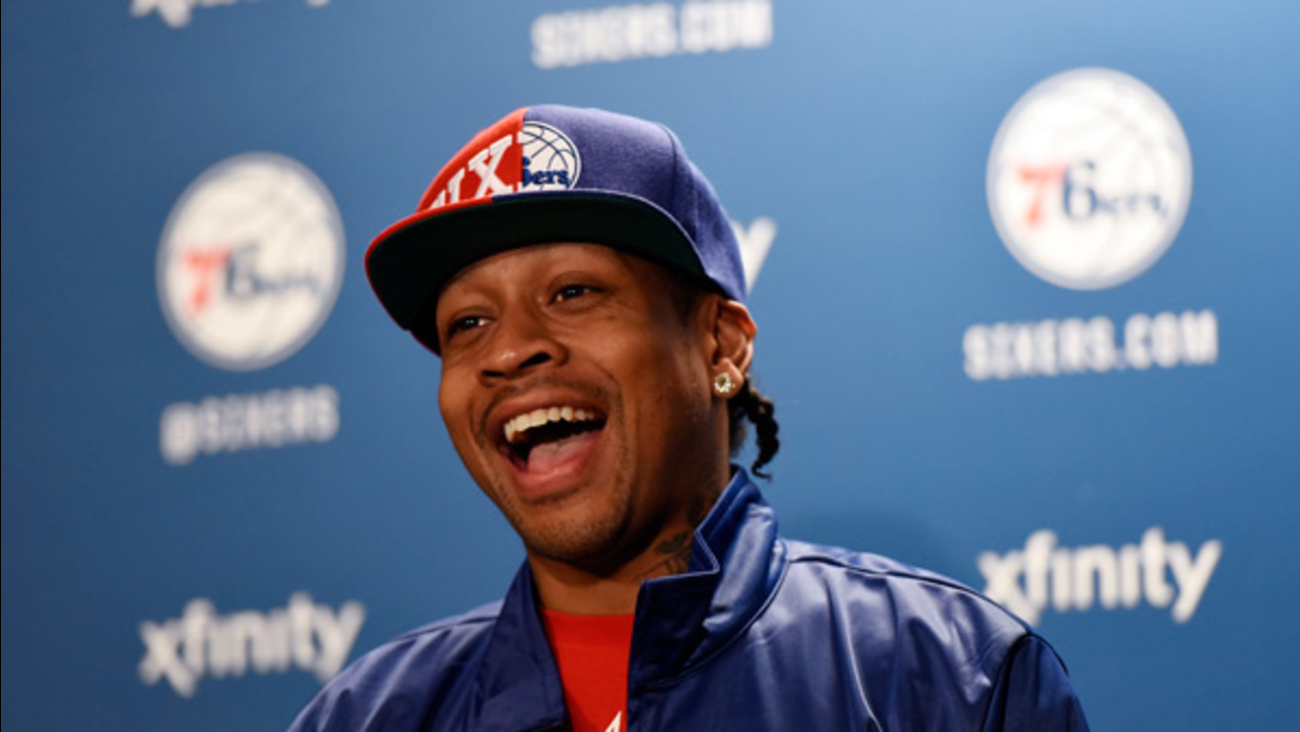 Allen Iverson is being inducted into the Basketball Hall of Fame next month, and the former Philadelphia 76ers legend has been making the rounds looking back on his career and his impact on the culture of the sport.

Iverson recently sat down with rapper Jadakiss for a wide-ranging interview that touched on a number of topics, including his top five players of all-time -- though Iverson was hard-pressed to settle on a fifth.

Rather than pick one last player to fill out his roster of five, Iverson listed five active players in addition to James who impress him today, choosing Stephen Curry, Russell Westbrook, Kyrie Irving, Kevin Durant and Carmelo Anthony.

Iverson's preference for scoring point guards is no surprise, given that he himself averaged 26.7 PPG in his career, the 7th-best scoring average in NBA history.

Eventually the topic of the interview turned towards Iverson's unique off-the-court style and his impact on the culture of basketball.

"I was just being me," Iverson said. "I didn't plan none of it or whatever. I dressed and looked like the dudes from my hood that I grew up with."

Iverson's style was frequently cited as the reason the NBA instituted a dress code, and though players can no longer dress exactly like he did in his playing days, he sees himself as a style pioneer for players like Westbrook, who frequently push the boundaries in their own unique way.

"The great feeling about it is all the young dudes now can be who they want to be and not be scared to dress and look the way they want to look," he said.