Amid boos, Alex Rodriguez flies out as pinch hitter vs. Red Sox 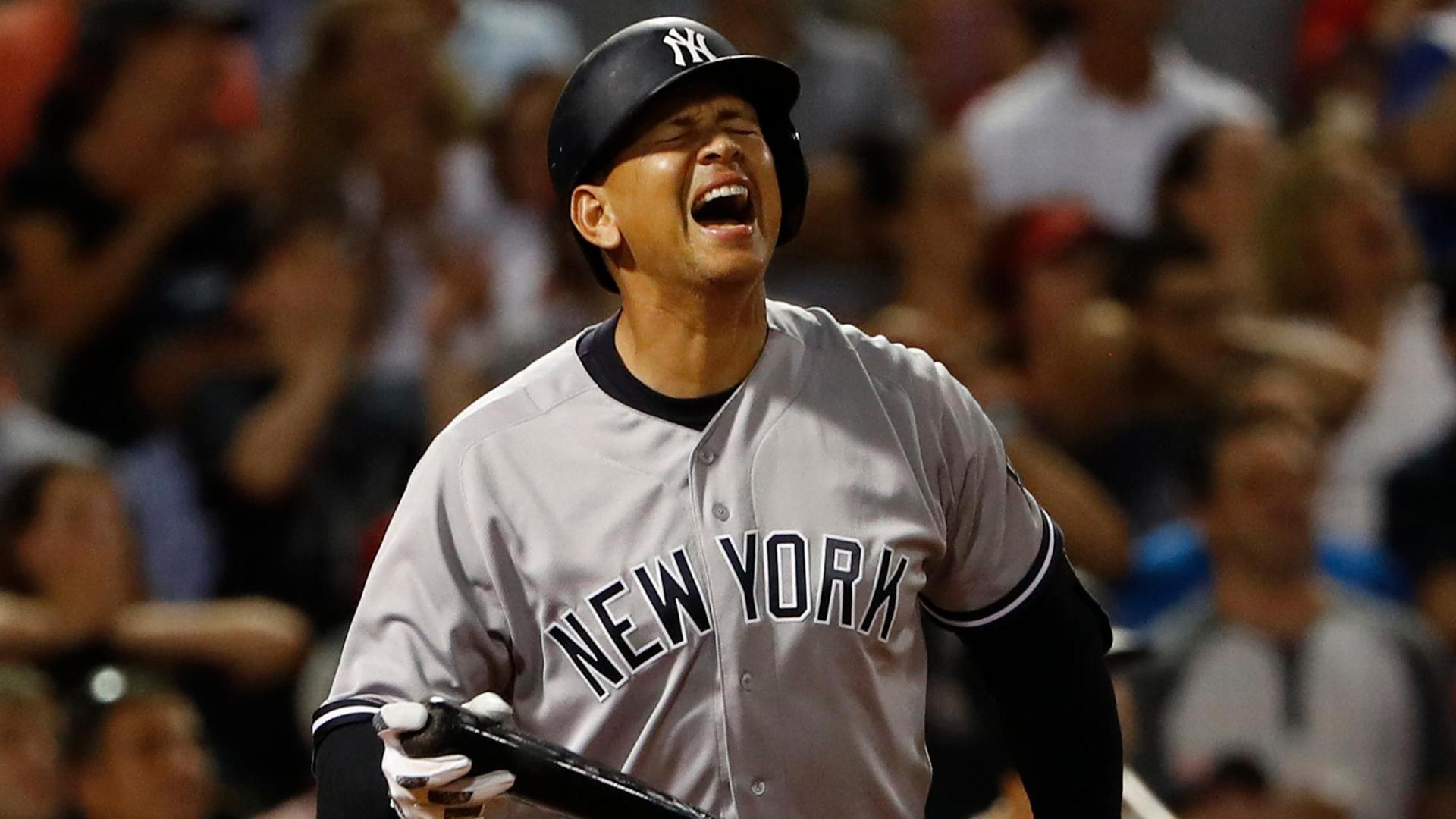 BOSTON -- Fans at Fenway Park again chanted, "We want A-Rod," and Wednesday night they got him.

Alex Rodriguez appeared in a game for the first time since he and the Yankees announced that this would be his final week on the team. In the seventh inning, representing the go-ahead run, Rodriguez pinch-hit for Aaron Hicks against hard-throwing Boston Red Sox right-hander Matt Barnes. Rodriguez was booed hardily the moment he stepped out of the dugout.

On a 2-1 pitch, A-Rod flew out to right field on a 98 mph fastball. He did move a runner from second base to third with the first out of the inning. It was Rodriguez's first at-bat since Aug. 2. His average dropped to .203.

On his way back to the dugout, Red Sox fans gave A-Rod the loudest boos of the night.

On Sunday, it was announced that A-Rod would play this week in Boston before ending his Yankees career in the Bronx on Friday night against the Tampa Bay Rays. Joe Girardi said Sunday he would play A-Rod as much as the player wanted, but the Yankees manager then changed his mind, saying he was putting winning over sentimentality.

Before Wednesday's game, Girardi said it is not in his job description to run "a farewell tour" and apologized for his initial playing time comments.

"My job description is to try and win every game and put everyone in the best possible position, and that's what I'm trying to do," he said.

When Derek Jeter's farewell tour -- in which Girardi consistently batted the shortstop second even though he had the fifth-lowest OPS in the majors in 2014 -- was brought up, the manager said he had no better options that season.

Girardi added he should not have said after A-Rod's news conference on Sunday that he would let the designated hitter dictate his playing time this week.

"I got caught up in my emotions, and I apologize for that, OK?" Girardi said Wednesday. "I made a mistake. I'm human. But I told you what I was trying to do. And when I was asked the other questions, I'm aware of what my quotes were, that there would be conversations and I would try to get him in every game. I said that. But what I'm saying is, I made a mistake. And I'm admitting that. And I'm admitting that to everyone who's watching because I have a responsibility and I'm trying to take care of my responsibility."

Girardi said he thinks their relationship may have been altered because of how he has taken at-bats from Rodriguez.

"I think maybe in the long run it won't, but I think in the short term it's been difficult," Girardi said. "I said it yesterday: When you're the guy that's telling someone 'no,' you're usually the guy people vent their anger at, whether you're the little boy getting your hand slapped by your mom or dad, or you're the player like I was that was cut from the [high school] basketball team and told to go practice baseball. I wasn't happy about it. ... So yeah, it's difficult, and that's why I get partially angry here because I believe people are playing both sides of the fence because it creates news. That doesn't help our situation, that doesn't help our clubhouse, it doesn't help our relationship that we built over so many years; that's what angers me."

When asked about his relationship with his manager prior to first pitch Wednesday, Rodriguez said, "I'm just going to keep it about the game." 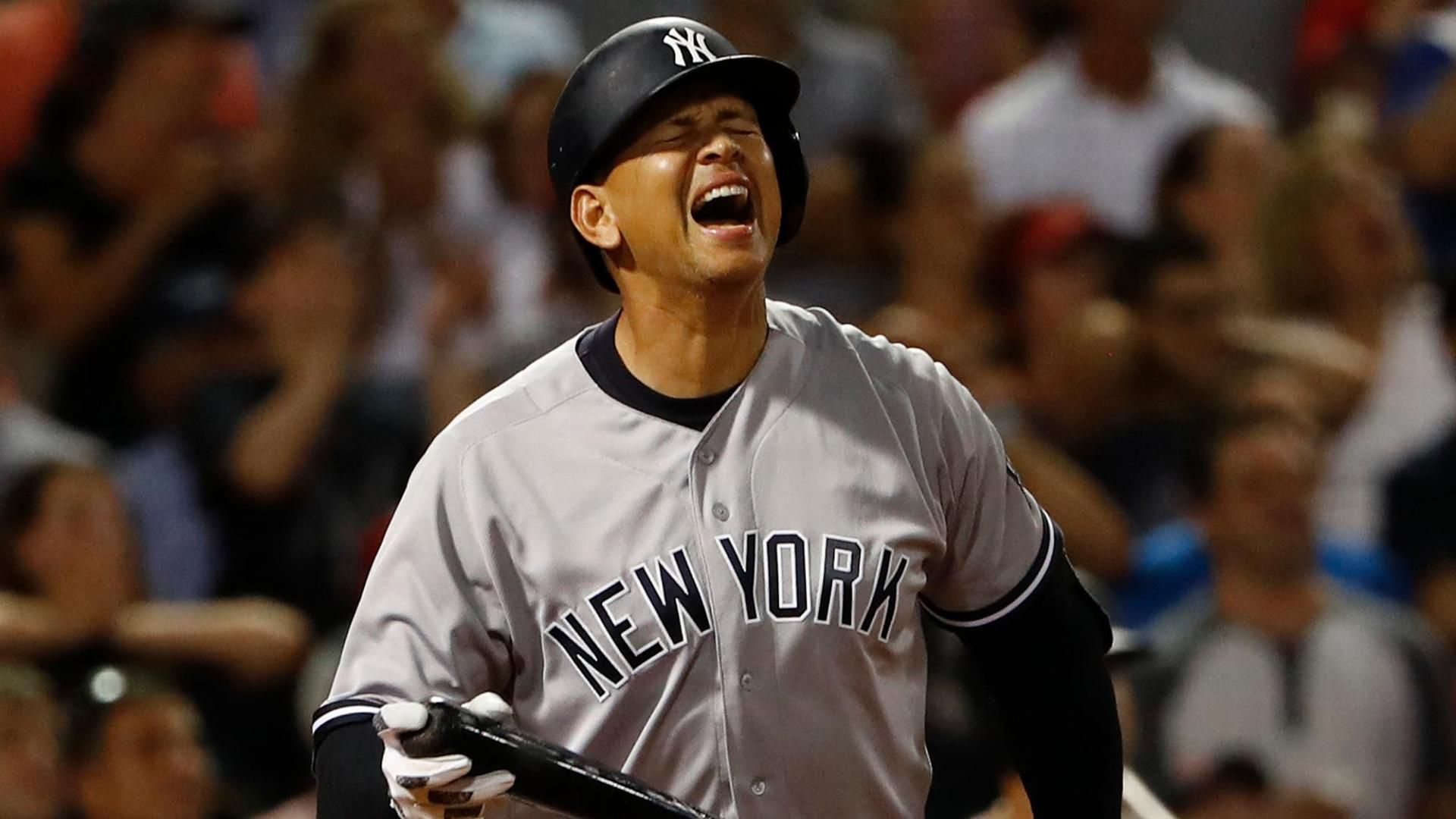