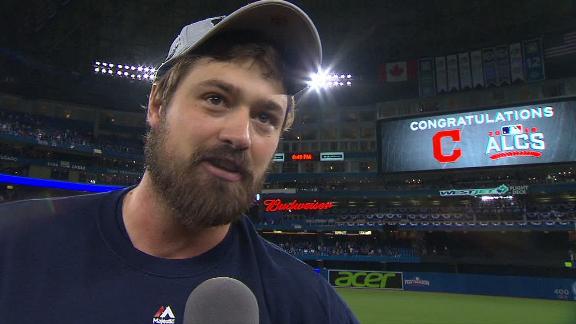 The humble workhorse in a wipeout bullpen, Andrew Miller was selected American League Championship Series MVP after his latest splendid performance in relief helped the Cleveland Indians win their first pennant since 1997.

Miller tossed 2 scoreless innings in a 3-0 victory Wednesday over Toronto, capping a five-game series in which the lanky left-hander overpowered the dangerousBlue Jays.

He struck out 14 of the 26 Toronto batters he faced over four games -- an ALCS record for a reliever. Miller gave up three hits in 7 shutout innings and earned a four-out save in Game 3.

After capturing their sixth pennant, thanks in large part to Miller, the Indians are four wins from their first championship since 1948.

Miller was acquired from the New York Yankees for a package of prospects in a July 31 trade, and Cleveland had an interesting idea of how to use him. Rather than restricting him to a closer role or using him only in the eighth inning, the Indians have been flexible with Miller -- especially in the postseason.

"It's so fun to be a part of this team," he said. "I really enjoyed my time with the Yankees. It's tough when you leave a comfort zone and a place that you like and people that you like. But I knew I was coming to a team that had won a lot and had expectations to win more."

Now, whenever the Indians have a lead in the middle innings, the 6-foot-7 lefty begins looming large in the bullpen -- and Miller time is near.

With that nasty slider and a sizzling fastball he spots to both sides of the plate, he struck out 21 of 41 batters during the AL playoffs. He has allowed a mere six hits over 20 scoreless innings in his postseason career.

Drafted sixth overall by Detroitout of North Carolina in 2006, Miller was part of the blockbuster deal that sent Miguel Cabrera from the Marlins to the Tigers after the 2007 season. Miller made 66 starts in the majors but never fulfilled his promise until switching to the bullpen. His first full season as a reliever -- with Bostonin 2012 -- provided a hint of what was possible.

Miller posted a 3.35 ERA in 53 appearances that year, and the following season he dominated hitters with 48 strikeouts in 30 innings.

After stops with Baltimoreand the Yankees, Miller ended up in Cleveland, and the Indians had an unorthodox plan for his usage.

"When they were upstairs in their meetings about the trade talks and they were talking about Andrew, they were actually talking -- and I was in there listening and doing some talking -- just about how he would fit into a bullpen and how you could leverage him, just like we are now,'' manager Terry Francona said recently. "So the thought was alive before we got him. We envisioned using him like we are."

There are plenty of other important contributors in the Cleveland bullpen, particularly closer Cody Allen, who had 32 saves during the regular season and hasn't allowed a run in the postseason.

In fact, Indians relievers racked up 22 innings in the ALCS -- the same amount as their starters.

But it's Miller who strikes the most fear in opposing hitters after he whiffed a whopping 14.9 per nine innings this season while going 10-1 with a 1.45 ERA and 12 saves.

In the playoff opener against Boston, Miller entered in the fifth inning and pitched into the seventh. That set the tone for an October in which Miller could be available pretty much any time the Indians need him.

Miller has tossed 11 shutout innings in six postseason appearances. It's a workload that might not be sustainable in the regular season, but with off days built into the playoff schedule, this approach has served the Indians well. 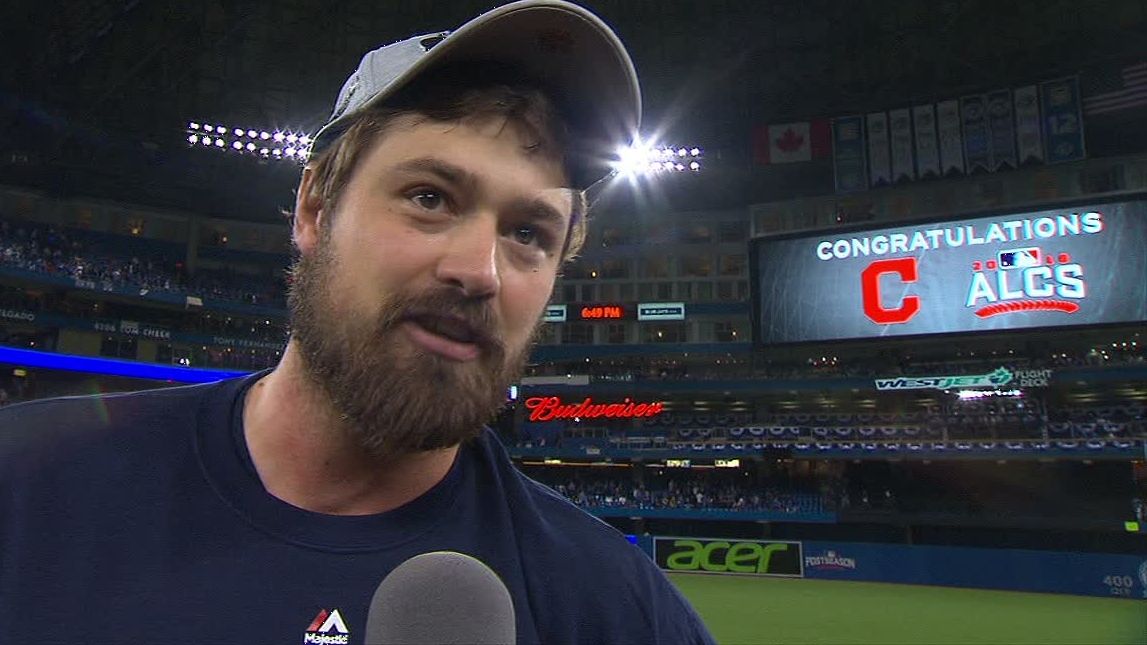