Arbitrator will rule on Rice appeal 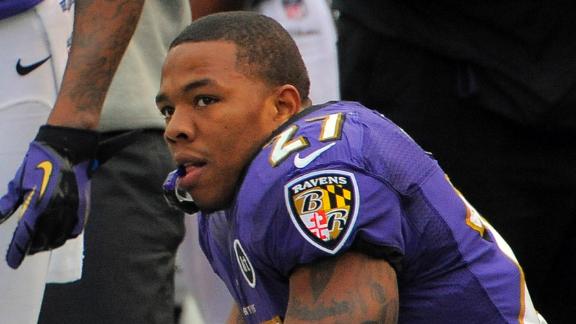 A neutral arbitrator, rather than someone appointed by commissioner Roger Goodell, will rule on the NFL Players Association's appeal of Ray Rice's indefinite suspension, according to a copy of an email obtained by ESPN.

In the email, NFLPA executive director DeMaurice Smith told the union's executive board that "for the first time ever, the league in the Rice appeal has agreed to a neutral arbitrator" in a personal conduct disciplinary case.

Both sides have submitted candidates for the arbitration, and according to Smith, the union will "confer with the league shortly regarding the final choice of the arbitrator."

The NFL had said when the appeal was filed Sept. 16 that Goodell did not intend to personally hear the appeal, with a spokesman saying, "The commissioner never intended to hear the appeal."

"This occurs in the context of a difficult set of facts and circumstances [but] it is a positive movement on the overall question of neutral arbitration and a fair personal conduct discipline process," Smith wrote.

Smith also said the NFLPA will form a commission of diverse experts to assist the union and the league to address "education, prevention, counseling and the discipline process regarding domestic violence and sexual assault."

In another gesture of partnership between the league and the union, Smith told the executive board that the NFLPA leadership has begun the process of reaching out to league sponsors to essentially demonstrate that "while we have occasional player issues, that the far majority of players are exactly the type of representatives they want and that we will address the process issues that have caused them concern."