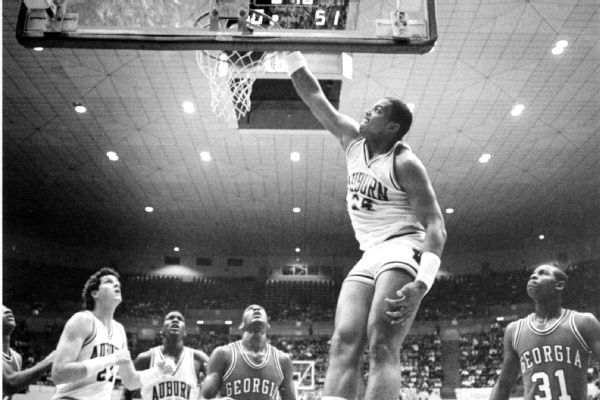 Auburn announced Saturday night that it will build a statue of Charles Barkley outside Auburn Arena.

Barkley's statue will be the first on campus to immortalize a former athlete who didn't play football. The school has erected statues for its three Heisman Trophy winners: Bo Jackson, Pat Sullivan and Cam Newton.

Jackson, who is friends with Barkley, made the announcement about the statue plans in a video that was played on the video screen to fans attending Auburn's 56-3 victory over Arkansas on Saturday at Jordan-Hare Stadium.

"It just means a great deal to me," Barkley said in a statement. "Being a kid from Alabama, going to Auburn. I think everybody knows what Auburn means to me. It's going to be pretty cool."

Barkley played at Auburn from 1981 to '84 before being drafted in the first round by the Philadelphia 76ers and going on to a Hall of Fame NBA career.