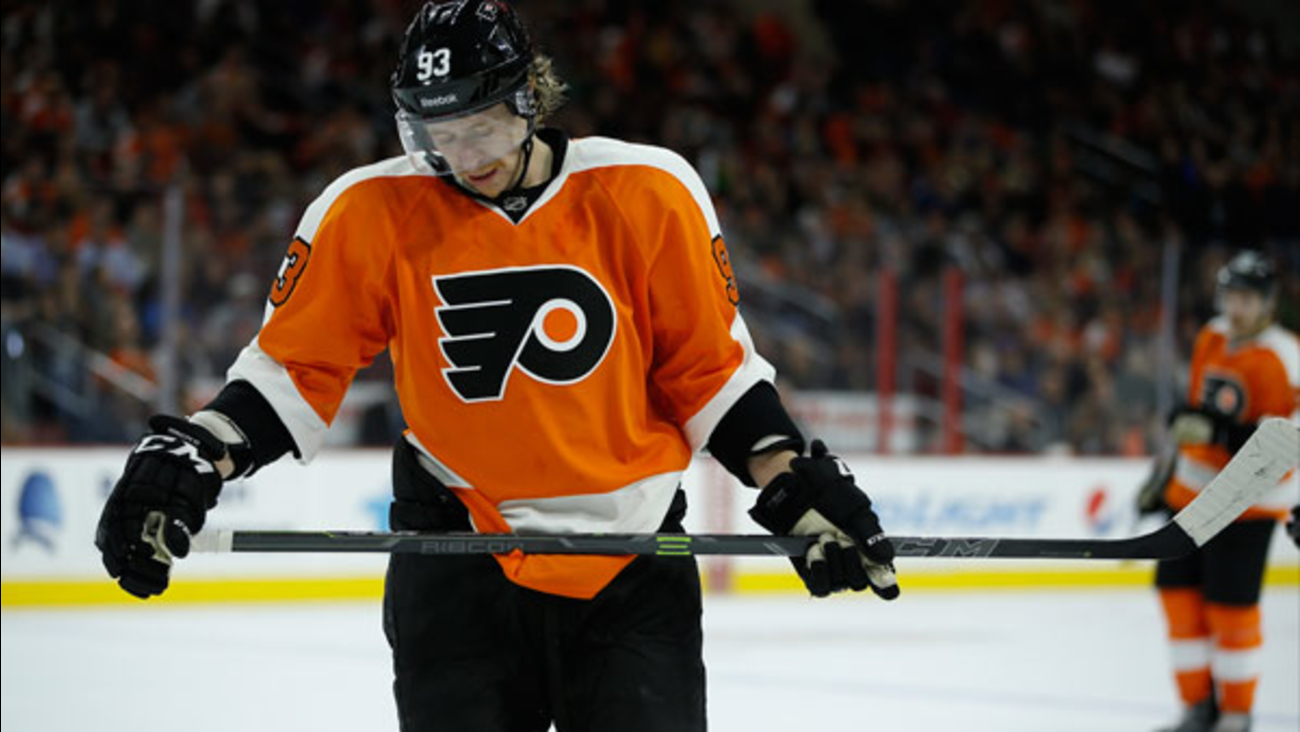 PHILADELPHIA -- The Colorado Avalanche took advantage of a fortunate break, and then had one of their best efforts of the season.

Matt Duchene scored twice and Reto Berra made 25 saves to help Colorado start a seven-game road trip with a 4-0 victory over the Philadelphia Flyers on Tuesday night.

"I thought we dominated from the start to the end," Colorado coach Patrick Roy said. "We managed our game well. Very pleased with our performance."

Roy added that it was the most complete effort of the season, "especially on the road."

Jarome Iginla and Cody McLeod also scored for the Avalanche, who won for just the second time in their last six games. Colorado's road trip is tied for the franchise's longest since relocating to Denver in 1994-95.

Philadelphia has just one victory in its last eight games.

Flyers backup goalie Michal Neuvirth got the start for the fourth straight game as coach Dave Hakstol chose to go with him rather No. 1 goalie Steve Mason. Neuvirth, who finished with 36 saves, entered tied for first in the league with a .945 save percentage to go with three shutouts and a 1.81 goals-against average.

Iginla opened the scoring 57 seconds into the game, beating Neuvirth from a sharp angle to the right of the crease. It was the 596th career tally for the veteran winger, who is four goals away from becoming the 19th player in league history to reach 600 for his career.

This wasn't Iginla's prettiest goal, as he partially fanned on the shot only to see the puck trickle between Neuvirth's left skate and the post for an unlikely score.

"It was like duffing a drive," Iginla said. "That doesn't happy very often. I think it rolled on its end. It was a tough break for (Neuvirth). But after that one break, I thought we played really well."

Said Neuvirth, "Bad goal. Bad angle. Gotta have those. I gotta make sure I cover that short side."

The Flyers were so displeased with their performance that they held a players-only meeting afterward.

Duchene tallied both goals in a dominant second period when Colorado outshot Philadelphia 14-7. He scored on a rebound 25 seconds into the period after Nathan MacKinnon's wraparound attempt bounced off Neuvirth and right to Duchene in front of the crease.

And the Avalanche went up 3-0 just over three minutes later when Nick Holden's slap shot from the point bounced off Neuvirth to a waiting Duchene, who wristed it into the vacated short side of the net from the left circle.

"If you're around the net, good things happen and that's what (Duchene) does," Roy said.

Berra, Colorado's backup goalie, earned his second shutout of the season and third of his career. He got the start after making 31 saves in a 2-1 home loss to the Rangers on Friday and garnered his first victory in his fourth career start against the Flyers.

Roy said Berra likely will get the starting nod again when Colorado continues its trip on Thursday at Boston.

Jakub Voracek's offensive struggles continued as the Flyers' winger made it 15 games without a goal. After tallying a career-high 81 points last season, Voracek has just five points this year.

Philadelphia's offense has just nine goals, one of which was an empty-netter, in its last seven games.

NOTES: Colorado LW Blake Comeau limped to the locker room five minutes into the second period with an apparent left knee injury after a center-ice hit by Radko Gudas but returned later in the period. ... Colorado also played seven straight games away from home from Oct. 8-21 in 2009. ... The Avalanche snapped a four-game losing streak to Philadelphia. ... Philadelphia captain Claude Giroux went to the bench bent over with 8 1/2 minutes left, clutching his left shoulder, after a hard hit by Francois Beauchemin but didn't miss a shift.