Bama still No. 1 as Miami, Clemson switch spots and OU stays at No. 4 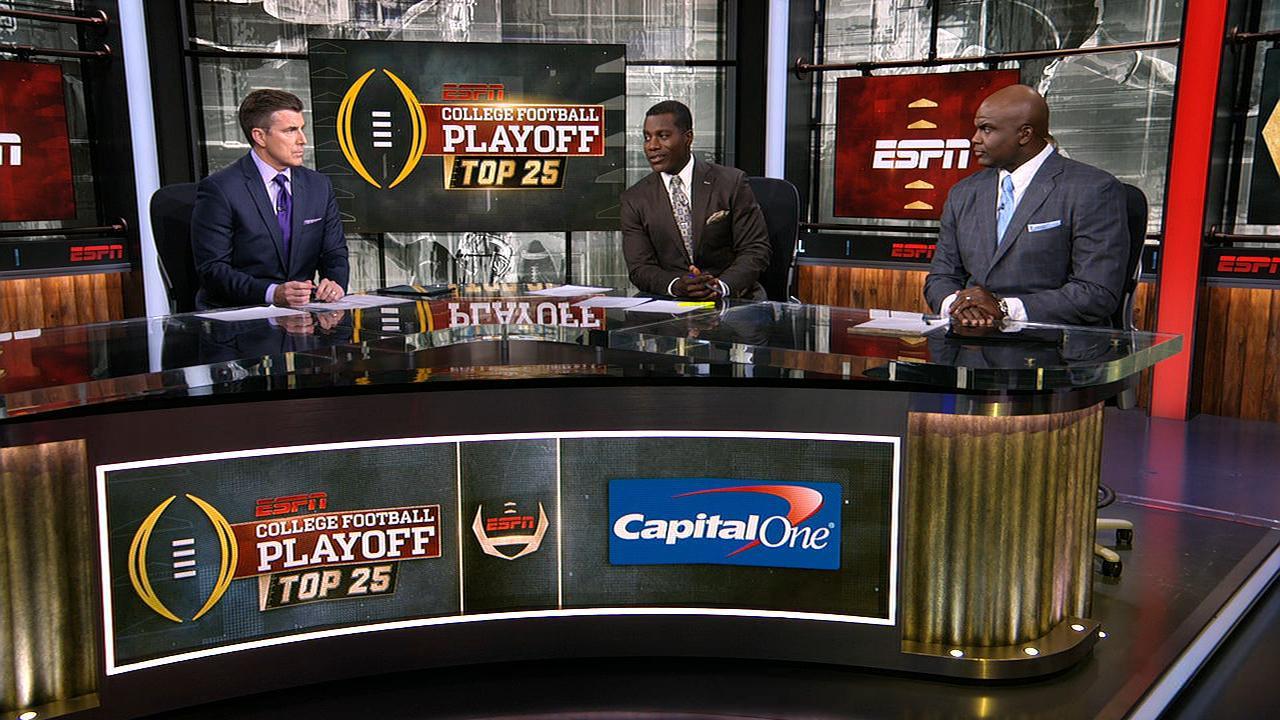 After a week in which most ranked teams took care of business, there was little movement in this week's College Football Playoff rankings as the top four teams remained the same, though with a minor shuffle.

The Hurricanes, owners of the nation's highest strength of schedule, moved up despite a close game againstVirginia, while the Tigers crushed FCS foe Citadel.

"When you get down the way Miami did to Virginia two times, once in each half, and you have the poise and the ability to come back and win in a convincing manner, that is special," said CFP committee chairman Kirby Hocutt.

Miami and Clemson will meet in the ACC championship game in two weeks but first have matchups againstPittsburghand South Carolina, respectively, this week. The Tigers may have a chance to take the No. 2 ranking back before the conference title tilt as their opponent Saturday, the Gamecocks, are ranked No. 24 in this week's CFP.

After a 56-0 romp over Mercer on Saturday, the Crimson Tide will have their hands full this week as they face rival Auburnin the Iron Bowl. The Tigers are ranked sixth in this week's CFP rankings and have a chance to make a big move if they can knock off their in-state rival.

Sitting at No. 5 is Wisconsin. The unbeaten Badgers faceMinnesotathis week and are earmarked for the Big Ten title game, but they are also probably hoping for a stumble by one of the top four teams.

Former No. 1 Georgiacontinues to sit at No. 7, with its only realistic chance of getting back into the top four tied to a victory in the SEC championship game.

At No. 13 isWashington State, which moved up a spot. The second-highest-ranked Pac-12 team faces in-state rival Washington(No. 17) for the Apple Cup on Saturday.

Mississippi Statemoved up two spots to No. 14 and was followed by UCF.At 10-0, the Knights remain the highest-ranked team among Group of 5 schools and are in line for a New Year's Day bowl berth.

UCF was followed by Michigan Stateat No. 16. The Spartans improved to 8-3 after winning Saturday with only 20 passing yards.

LSUchecked in at No. 18 and was followed by Oklahoma State, the team that fell the most this week. Despite an impressive rally, the Cowboys lost to unrankedKansas Stateand dropped from No. 13 to No. 19. 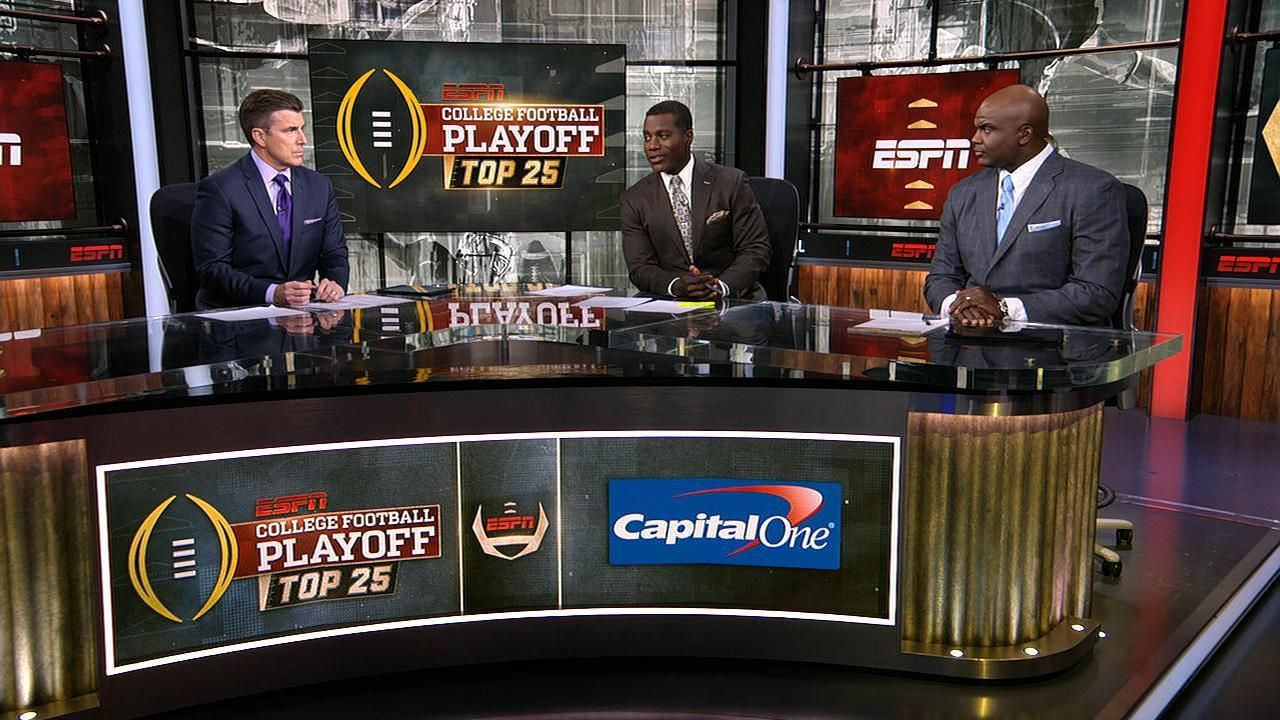