Banned from MLB's Hall, Pete Rose to get into Reds' Hall of Fame 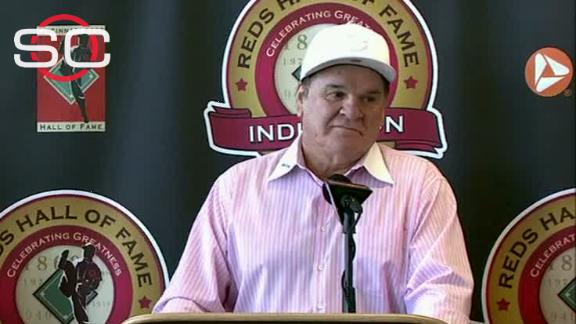 Pete Rose will get into one Hall of Fame, just not Major League Baseball's. The Cincinnati Reds announced on Tuesday that Rose will be inducted into the team's Hall of Fame.

In December, new MLB commissioner Rob Manfred upheld Rose's lifetime ban from the game for gambling on baseball. The Reds made it clear that MLB's all-time hits leader belongs in their Hall, though.

"Inducting Pete into the Reds Hall of Fame will be a defining moment in the 147-year history of this storied franchise," Reds CEO Bob Castellini said in a statement. "He is one of the greatest players to ever wear a Reds uniform and it will be an unforgettable experience watching him being honored as such."

As part of their Hall of Fame weekend June 24-26, the Reds will also retire Rose's No. 14, hold a 40-year reunion of the 1976 world champion Reds and have a banquet where Rose will receive the red sports coat Hall members wear.

"This is an honor, that you can't just believe how you feel,'' Rose said at a news conference, noting that he grew up a Reds fan and was born a few miles from the Great American Ball Park where he will be honored.

The Reds will unveil a statue honoring Rose at a later date. Rose was asked what he'd want the statue to portray.

"Well, I sure as hell don't want it to be me standing at the $2 window at Turfway," he said, poking fun of his gambling reputation.

An MLB spokesman confirmed Tuesday that the Reds had submitted ceremonial plans that were approved.

Rose, 74, was banned from baseball in 1989, but he denied gambling on baseball up until 2004. In rejecting Rose's bid for reinstatement, Manfred cited his continuing gambling and the fact that he bet on the game as a player and manager for the Reds.

Manfred said that reinstatement to the game and induction into the Hall of Fame were separate matters; however,in 1991 the Hall adopted a rule keeping anyone on the permanently ineligible list off the ballot.

Rose was asked Tuesday if he had given up on being inducted into the MLB Hall of Fame.

"I haven't given up on Cooperstown. I'm not the type who's going to give up on anything," he said. "But this is fine, I'm happy ... I'm not going to sit here and say it's the second-best thing, cause it's not ... I'm from Cincinnati. This is the first big thing."

Major League Baseball has allowed Rose to take part in events in Cincinnati. At the 2015 All-Star Game at Great American Ballpark, he was named one of the franchise's living legends.

Rick Walls, executive director of the Reds hall of fame and museum, said "in front of his fans and with his teammates, 'Charlie Hustle' will be recognized for his contributions to the rich and distinguished history of the Reds."

The club's Hall of Fame board chose Rose as the sole inductee for this year. Ken Griffey Jr., who will be inducted into the national Hall of Fame this summer, was among the latest inductees to the Reds' hall, which has 85 members.

It already has much of the "Big Red Machine" team including the late manager Sparky Anderson. Rose will be the last inductee from the regular starting eight of Johnny Bench, Joe Morgan, Tony Perez, David Concepcion, George Foster, Cesar Geronimo and Ken Griffey Sr.

Lifelong Reds fan Michael Wilson, 65, said he was at the game when Rose broke Cobb's record and at other thrilling events involving Rose. He'll make sure he has tickets for this June. It's going to be controlled chaos,'' Wilson said. That's going to be really nice. I can't wait to see it.'' 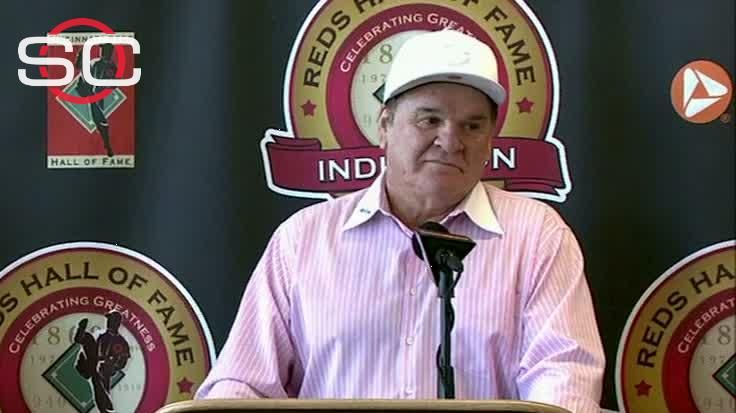