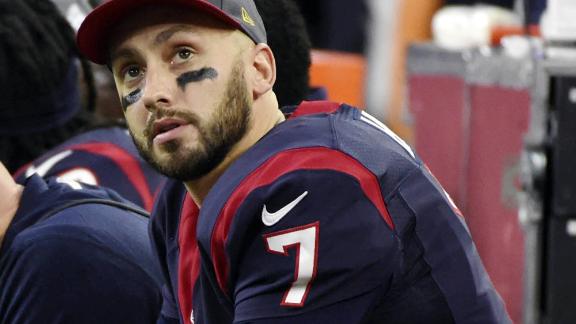 LAKE FOREST, Ill. -- The Chicago Bears have agreed to terms with veteran quarterback Brian Hoyer on a one-year deal.

The deal is worth $2 million, a source told ESPN's Adam Caplan.

Six teams expressed interest in Hoyer, who played one season in Cleveland under Bears offensive coordinator Dowell Loggains. The Bears pursued Hoyer because of the experience and leadership he brings to the backup quarterback spot behind incumbent starter Jay Cutler.

"I like that Dowell has been with him, has a lot of comfort with him," Bears general manager Ryan Pace said. "I've watched him play over the years. A very intelligent player. I know he's got a strong work ethic because we've got coaches that have been with him. I think he's a really good piece to add to the mix."

Chicago's other reserve quarterbacks,David Fales and Matt Blanchard,have yet to appear in a regular-season game. Since 2011, Cutler has missed 14 games due to injury.

"I like the idea of having an experienced backup there," Pace said. "It's important for that position, and it just gives us security going forward."

A veteran of eight NFL seasons, Hoyer played in 11 regular-season games for the Houston Texans last year and passed for 2,606 yards, 19 touchdowns and seven interceptions. In the Texans' playoff loss to Kansas City, Hoyer struggled, with four interceptions, and that paved the way for his release two weeks ago.